With two kinds of creatine available, which is better? Is it the more common creatine monohydrate, or is the more expensive creatine ethyl ester? I gathered what science I could and here is what I found.

There is reason to believe creatine ethyl ester is probably more soluble than creatine monohydrate, or any other form of creatine. Seeing as solubility affects transport over biological membranes, such as muscle cells, it very likely is taken up into your muscles more effectively. This means that you can load it faster. Whether this leads to a greater accumulation of creatine in your muscles at the end of a typical five-day loading phase, when compared to creatine monohydrate, is unknown. Which means there is no human data as of yet that can support, or dispute this claim.

To give a brief overview of the scientific explanation, creatine ethyl ester is a membrane permeable form of creatine that in theory can enter the cells without having to use the typical creatine transporter molecules. Users are reported to gain substantial increases in strength and muscle mass, with none of the gastrointestinal discomfort or water bloating normally associated with the monohydrate form. Recommended dosages range from as little as one to three grams per day with no loading phase, as typically prescribed for the monohydrate form.

In tests, there appears to be a quantity limit in muscle for creatine uptake when the transport system is down-regulated. Uptake decreases further past a concentration of 150 mmol/l. With this being the case, I can’t see the creatine levels being any higher than those achievable with creatine monohydrate based on a 30-day period of supplementation at five grams per day. Where creatine ethyl ester may be more effective than creatine monohydrate is in maintaining muscle concentrations after the loading phase. That is if a greater amount of creatine does reach your muscle tissues when using the more soluble creatine ethyl ester.

We know that over time on a five-gram per day maintenance program, muscle creatine levels do begin to fall. Whether creatine ethyl ester can overcome this is just a guess at this time, as there are no muscle biopsy studies showing that creatine ethyl ester can be taken up more effectively, or even taken up in comparison to old creatine monohydrate. This is only the case because there isn’t any scientific data specifically on this, even though it is a logical conclusion.

Given the information I have to work with, the answer is yes, creatine ethyl ester may be taken up into muscle tissues faster over the short-term, than would be the case with creatine monohydrate and carbs. The upper limit following complete creatine muscle saturation however, may still be just the same. The real issue has got to be overall effectiveness and whether creatine ethyl ester translates to greater or lesser performance than creatine monohydrate. Based on the current scientific as well as patent-based studies, we still do not know any of these answers for certain. We I can’t completely ignore the accumulating anecdotal evidence from people consuming creatine ethyl ester, my own included.

This is what those that take creatine ethyl ester have said about it as compared to creatine monohydrate: It works faster and is more efficiently absorbed. This is likely because the esterification of creatine, creatine ethyl ester will increase its lipopholic abilities, and thus esterified creatine will use fat more efficiently to permeate the cell wall and exert its effects on cellular function, more so than its un-esterified creatine monohydrate counterpart.

Using creatine ethyl ester also greatly limits the water bloat that accompanies the monohydrate version. This is likely because creatine draws water into the cell, known as cell volumization, and because most ingested creatine monohydrate is not completely absorbed, any un-absorbed creatine will sit outside of the target cell with the water. The result of this may cause the creatine water bloat that nobody likes. Esterfied creatine is said to pull nearly all of the water into the muscle cell, thereby creating a harder, more solid appearance of muscularity.

I personally don’t find creatine monohydrate effective unless I use a LOT of it. My training partner  swears by it. There may be a matter of preference, or a matter of insulin sensitivity on a person by person basis, which affects uptake. I always feel my strength and muscle hardness increase with creatine ethyl ester hydrochloride. The major drawback is that it tastes terrible, but I’m willing to deal with that for the results. 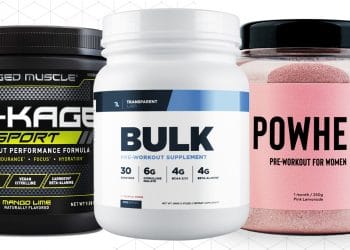 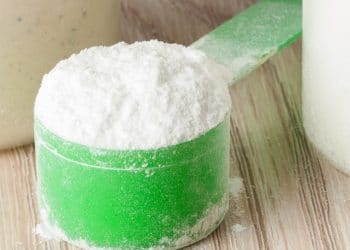 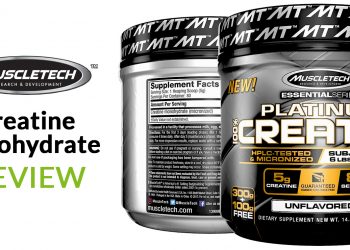 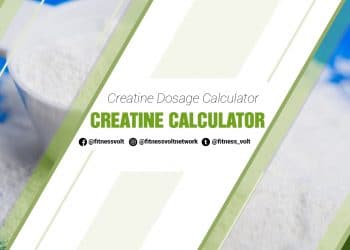 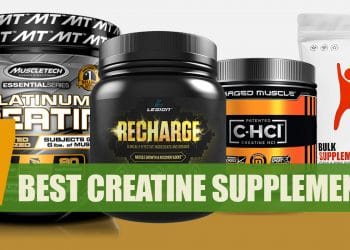 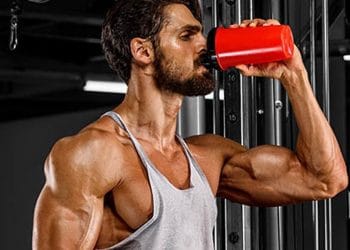 Four Most Important Supplements You Should Use