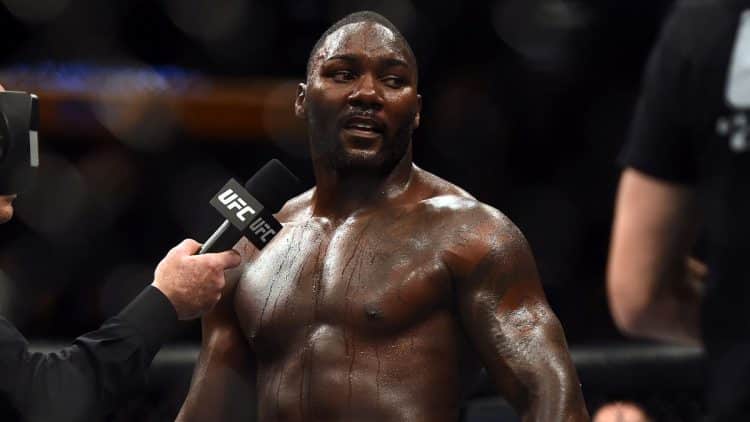 MMA fighter and former 2-time UFC title challenger Anthony ‘Rumble’ Johnson passed away after battling with illness for a long time. He was 38 years old. The official news of his passing was confirmed by Bellator MMA on their social media handles. As per a Fox News Report, organ failure due to non-Hodgkin’s lymphoma and hemophagocytic lymphohistiocytosis was the cause of Anthony’s death. However, it is yet to be confirmed.

Anthony Johnson (23-6 MMA, 17 KO) is best known for his two separate stints in the UFC from 2007 to 2012 and 2014 to 2017. At the time of his passing, Rumble was signed with Bellator MMA. During his storied mixed martial arts career, Rumble fought in four different weight classes from welterweight (170lbs) to heavyweight (265lbs). While he enjoyed a degree of success in every weight class, his best work came in the Light Heavyweight (205lbs) division where he defeated elite fighters like Phil Davis, Glover Teixeira and Alexander Gustafsson.

For a long time, Rumble was seen as a potent threat to Light Heavyweight GOAT Jon Jones due to his freakish striking power. However, the fight never materialized. Anthony challenged for the UFC Light Heavyweight title twice against Daniel Cormier but fell short of earning the UFC gold in spite of having his moments in the fight.

He announced his retirement from MMA Following the second Cormier loss and launched a CBD oil company, Competitive Body Development. However, he signed with Bellator MMA and made his return in May of 2021, defeating Jose Augusto Azevedo by KO. Rumble was expected to fight Vadim Nemkov in October 2021 but pulled out due to illness.

Anthony Johnson was the product of South Florida based erstwhile MMA camp Blackzillians. He was trained and was closely associated with former UFC Light Heavyweight champion Rashad Evans. Johnson was known in the MMA community for his humble and caring personality and had respectful relationships with other fighters as well as the MMA media. The MMA community is devastated by the Rumble’s untimely death. Here are some of the reactions:

Rest Easy my brother. For a guy who struck fear in so many peoples heart Anthony Johnson was a caring person. From random text to check ins during loss. What a person he was, Rumble will be missed. Sometimes life doesn’t seem fair. Horrible news #RIP #Rumblesquad @Anthony_Rumble pic.twitter.com/HH2SO1dPj7

Upon his comeback after retirement, Rumble was expected to fight Yoel Romero in the Light Heavyweight Grand Prix. However, Romero had to pull out after being declared medically unfit to compete. Johnson gave his regards to Romero on social media and wished him a speedy recovery. Romero shared the screenshot of this post on his twitter and gave his respects:

I recovered and now my heart is broken because you won’t be back 💔 pic.twitter.com/Iq0u9q1rCX

RIP to @anthony_rumble 😢!! So sad taken too young. Was a complete beast but a sweetheart of a human being. #rumblejohnson @ New York, New York https://t.co/dz8jAylFUn

Utterly shocked and saddened by this. RIP. Sincere condolences to all his family and loved ones. https://t.co/y9PGfRa9JI

Anthony Johnson and Glover Teixeira crossed paths in their UFC careers and it was rumble that emerged victoriously with a devastating 13-second knockout. However, Teixeira and Rumble set a standard for sportsmanlike behavior in the build-up to the fight. Upon hearing the news of Rumble’s passing, Teixeira tweeted:

I am so sad to hear about this news. One of the most scary & tough opponents that I had ever faced and one of the nicest and most humble humans I have ever met. My heart is broken. My condolences to his family. RIP #rumblesquad pic.twitter.com/J527ToOtOO

Anthony Rumble Johnson was a respected figure among the MMA community and here are some more reactions by the MMA Pros to his tragic passing:

Heartbreaking 💔 one of my favorite fighters to watch. Super friendly as well. Rest In Peace my friend https://t.co/cJ4ASnyYn3