The actor and former Olympia champion explained a simple rule that has helped him keep up with an ever-demanding workload: "I focus on one thing at a time". 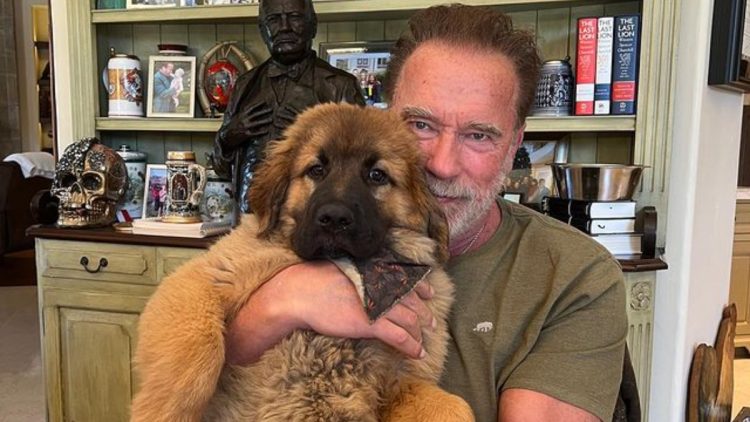 Arnold Schwarzenegger is a living legend with a vast amount of experience in bodybuilding, fitness, governing and acting. In a recently published newsletter, Schwarzenegger revealed a simple yet valuable rule that has helped him manage stress despite a busy schedule.

“The Austrian Oak” ascended to monumental heights as a bodybuilder. He was known for his overall size and incredibly balanced proportions. Schwarzenegger’s physique was legendary and while he maintained impressive muscularity, he always managed to keep his waist tight. Taking his talents to Mr. Olympia, Arnold dominated the show and won six titles from 1970-to 1975. Returning to the Olympia stage in 1980, Schwarzenegger defeated Chris Dickerson and won his seventh and final Sandow trophy.

Arnold has kept up with an extremely hectic workload, which often includes acting projects. He amassed widespread popularity after assuming the lead role in The Terminator. Schwarzenegger has been featured in countless movies and commercials. In addition to his success in cinema, Schwarzenegger hosts the annual Arnold Classic, which showcases various sporting events like a strongman, slap fighting, and bodybuilding.

Arnold Schwarzenegger on Dealing with Stress: “Don’t Try To Solve Every Problem At Once”

With a schedule as jam-packed as Arnold’s, he’s learned how to navigate through work-related stress with a simple and effective rule.

“I focus on one thing at a time,” he wrote. “For instance, while I am writing this newsletter, my friends showed up to start reading my TV scripts and go on a bike ride. I told them to please go in the other room and play chess. I don’t want to be thinking about going to the gym on our bikes or rehearsing my scripts. I am thinking about my newsletter right now, and that’s it and that’s all. Then I will go on a bike ride to the gym and I won’t think about all of you. Then I will rehearse, and I won’t think about the gym.” Arnold Schwarzenegger shared.

“Don’t try to solve every problem at once,” he continued. “Split things up into what you can conquer, and then move into the next thing.”

According to Arnold, the divide and conquer mentality is a great way to approach stress and hectic workloads. Instead of addressing multiple problems at once, Arnold focuses on just one. Schwarzenegger handles adversity and struggle with a few words of wisdom.

“If we all listened to everyone that told us no, we would never get out of our bed and our biggest accomplishment would be finding a new Netflix show… Even at your darkest points, there is always a light at the end of the tunnel.” Schwarzenegger noted.

Even as a 74-year-old, Schwarzenegger maintains an incredibly busy Hollywood schedule. However, he has also carved out time to help communities he’s played a role in governing. Months ago, Arnold donated 25 homes to military veterans in California.

Given his dedication to fitness and acting, it’s no surprise Schwarzenegger has discovered some useful strategies for keeping up with an overwhelming workload. By focusing on one issue at a time, Schwarzenegger’s simple rule has helped him manage stress despite a busy schedule.