Looking back at the journey for Arnold Schwarzenegger to go from a young and broke Austrian, to bodybuilding legend and Hollywood Icon 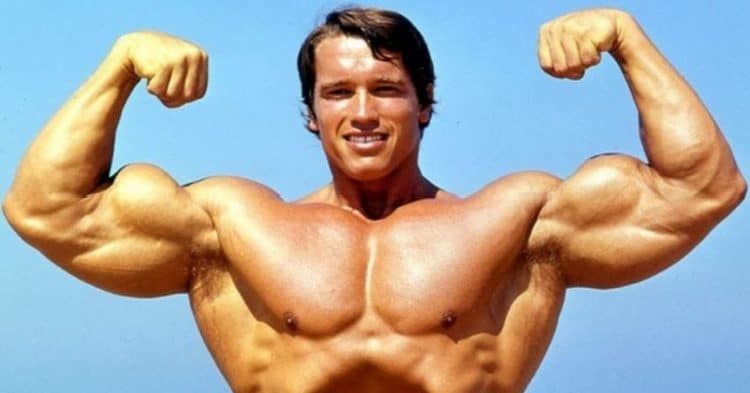 Nowadays you would be hard pressed to find a person alive who has not at least heard of Arnold Schwarzenegger. However he has not always been a highly beloved Renaissance Man, with global recognition.

Prior to the fame, before the Olympia titles, Hollywood acting gigs, and political career, he was just a boy growing up in a small town in Austria, and tying to find a place in the world. So how did he get to where he is today?

Today we look back at some of the lesser told stories from Arnold himself, and get a better picture of what it was like for him to be a young athlete with a big dream and even bigger work ethic.

The Early Years Of Arnold Schwarzenegger

When Arnold Schwarzenegger was growing up, bodybuilding was far from a viable career path. Yet that did not stop him from being interested in the sport, even as a young man in Austria.

In accordance with the law, he was required to serve in the army at the age of 18, staying in the service for a year. It was here, that he started nurturing his desires to be a bodybuilding champion, while also displaying the bull-headed nature that he would become known for.

Arnold voiced his goals to his officers, but they constantly mocked him for wanting to be a bodybuilder. Then, he found himself spending a day in jail, when he snuck off the military base, in order to take a train to Germany and enter the Junior Mr. Europe.

This brief time behind bars did nothing to deter him though, as Arnold Schwarzenegger knew exactly what path he wanted to follow. He mapped out his career according to his idol at the time, Reg Park.

Park was a two-time winner of the Mr. Universe, and went on to become a bonafide actor, playing the role of Hercules in five Italian films. If that sounds familiar, it is because that is quite similar to the path that Schwarzenegger took in his career.

Working to follow the same path as his role model, Arnold set a goal for himself to win the Mr. Universe. So he would get to work on bulking up, even sneaking workout equipment to train while he was on military exercises.

This drive would continue as he would workout for hours in the evening, doing pull-ups on tree branches. As his time in uniform came to a close, he joined a weightlifting club, where he worked to fully build a physique that was worthy of competing.

At the age of 20 years old, Arnold Schwarzenegger became the youngest person to win the Mr. Universe. Following the lead of Reg Park, he even won the contest numerous times, even besting Park in 19970.

While the sport of bodybuilding was still in its relative infancy, Arnold Schwarzenegger knew that his only chance for success was to move to America. Essentially from the moment he landed in the states, he made connections with some major icons.

Building relationships with the likes of Chuck Norris, Bruce Jenner, and Wilt Chamberlain, Arnie even began reshaping the way these athletes trained. Marveling at their strength, some of these athletes began to weight train, despite previously thinking that would be detrimental to their success.

It was around this same time that Arnold met pro wrestling legend and actor Andre the Giant. Speaking in an interview, he shared an experience of hanging out with the 7’4″ tall superstar, along with Chamberlain, as they each took turns trying to lift the young bodybuilder.

“I remember Andre The Giant, the professional wrestler, who was a very good friend of mine and Wilt Chamberlain, we both went out for dinner several times while in Mexico City.

Both of them would just, you know, pick me up. Always they were both joking about who can pick me up and make me look lighter and (more) like a little fly. They were so powerful it was ridiculous.”

Aside from being super strong, Arnold says that Andre was incredibly generous as well. He recalled a time that they were out to dinner, and he tried to pick up the tab, resulting in the giant getting quite angry and setting him on top of his own car.

“I said (to the waiter), don’t let Andre or anyone pay because Andre always pays. I want to pay this time. No matter how much he complains, don’t give me the credit card back, use it and don’t use his. So the waiter comes and gives me the bill and I’m signing and Andre says “NO, you make me very angry Arnold!” And then all of a sudden he picked me up and sets me down on the roof of my car which was right outside of the restaurant.”

Alongside his impact on the likes of Bruce Jenner and Wilt Chamberlain, Arnold had an impact on the wider sports space. As he became more recognized as a bodybuilding champ and burgeoning actor, more and more people began to turn to weight training as an avenue for success.

This was only amplified by the original Pumping Iron documentary, which detailed Schwarzenegger’s return to the sport. At the time, he and Lou Ferrigno were the faces of bodybuilding, if for no other reason than their sheer visibility.

No Regrets About Steroid Use

For a long time, there was a lingering unknown question as to if Arnold Schwarzenegger used any type of steroids. It was assumed by many people, but because of the controversial nature of performance enhancers, those rumors were unconfirmed.

Well, that is until Arnie himself admitted to using gear. He had sparingly discussed it on a few occasions, but it was an interview in 2005 that saw the Austrian not only confirm his use, but say that he had no regrets about using.

“I have no regrets about it, because at that time, it was something new that came on the market, and we went to the doctor and did it under doctors’ supervision,” Arnold said.

“We were experimenting with it. It was a new thing. So you can’t roll the clock back and say, ‘Now I would change my mind on this.'”

That said, steroid use was still largely in its infancy at this point, and it was often monitored closely. On top of that, it was used in smaller doses, and more infrequently than what you see in today’s era of bodybuilding.

Everyone has their vices, and for Arnold Schwarzenegger it was the devil’s lettuce. When he ran for California governor, he did an interview where he admitted that he liked to use marijuana and hash during his time in the sport.

It is important to note that he made it clear that this was the only illicit drug use that he participated in. Furthermore, he claimed to forget even doing the interview later on in life, but of the use of cannabis, he had this to say:

“Yes, grass and hash. No hard drugs. But the point is that I do what I feel like doing. I’m not on a health kick.”

This was not the only spicy subject that Arnold discussed in this interview. He also addressed the concept of having sex prior to his bodybuilding competitions, something that he fondly admitted to doing.

“I get laid on purpose. I can’t sleep before a competition and I’m up all night, anyway, so instead of staring at the ceiling I figure I might as well find somebody and f—k,” he said before adding the following about the 1972 Mr. Olympia.

“We had girls backstage giving h—d, then all of us went out and I won. It didn’t bother me at all; in fact, I went out there feeling like King Kong.”

Arnold added that women were often throwing themselves at him, due to the massive size of his physique. However he did not feel exploited by these ladies, instead saying some rather disparaging comments about these ladies.

“No, I’d feel used only if I didn’t get something out of it. If a girl comes on strong and says, ‘I really dig your body and I want to f—k the s—t out of you,’ I just decide whether or not I like her. If I do take her home, I try to make sure I get just as much out of it as she does. The word exploited therefore wouldn’t apply,” Arnold said.

At the end of the day, Arnold Schwarzenegger is not without his controversial moments. On the other hand, he has grown into a beloved figure, both in the sport of bodybuilding and the general planet.

Going through these old interviews, it is interesting to see the growth that he has gone through. Yet it was clear that even from the start, he was a one of a kind guy, who had an undying passion for what he does.

Read also: Arnold Schwarzenegger – The Man Behind The Legend

How to Lose Weight Without Dieting – And Keep it Off!