Asko Karu just deadlifted the most weight ever recorded without the aid of a suit using a stiff bar, and he's inching closer to the all-time deadlift world record of 501kg/1104 lbs. 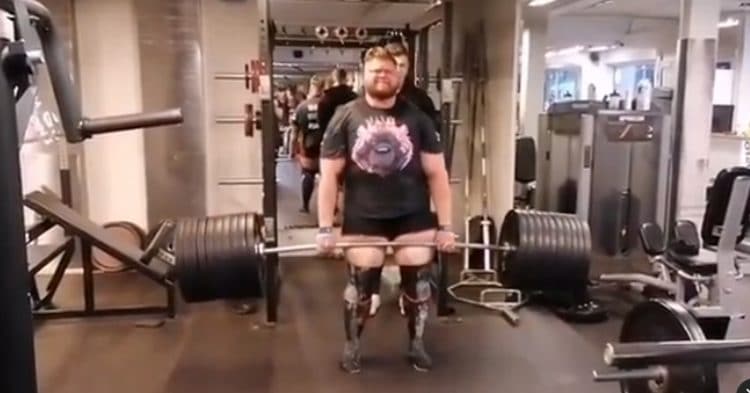 Finnish Powerlifter Asko Karu has made some insane progress over the past year and is someone to seriously keep an eye on. In a recent training session, he pulled (conventional) a crazy 472kg/1040 lbs which is just 64 lbs/29 kg shy of Strongman Hafthor Bjornsson’s 501kg/1104lb all-time world record.

To make matters even more impressive, he used an Eleiko powerlifting bar that is stiffer than a deadlift/Texas bar, plus he didn’t use a suit or figure-8 lifting straps. This would be considered the heaviest deadlift ever performed without a suit from what we understand.

He’s introduced himself into a new category of conversation. And did we mention he’s only in his late 20s…

Check out the lift below…

Last year, the Karu nailed a 925lb deadlift double in training and was working toward a 1000 lb deadlift of which he smashed through and is now part of an elite group of lifters.

In early March he achieved a 442kg/974 lb deadlift PR and without a belt or suit which is madness.

He then achieved a new lifetime PR of 462kg/1018 lbs in a singly-ply suit about a week later before more recently achieving his all-time best 472kg/1040 lbs.

There’s even been some comparison to the elite Benedikt “Benni” Magnusson (raw deadlift world record holder) regarding his deadlift form and even physical appearance a little. But at such a young age, the sky is the limit for Asko Karu and after this impressive lift, it would not be surprising to see him match or surpass Thor’s 501kg all-time deadlift record with a deadlift bar and suit sometime in the near future.

Karu typically competes in the deadlift only while having much success. But now he’s a serious threat to the world record and could have a chance to prove it at the Giants Live Deadlift Championships in August 2021.

Want to learn more about powerlifting? Check here for our in-depth guides.