Are critiques of unfit bodybuilder’s inclusion in National Championships wrong? 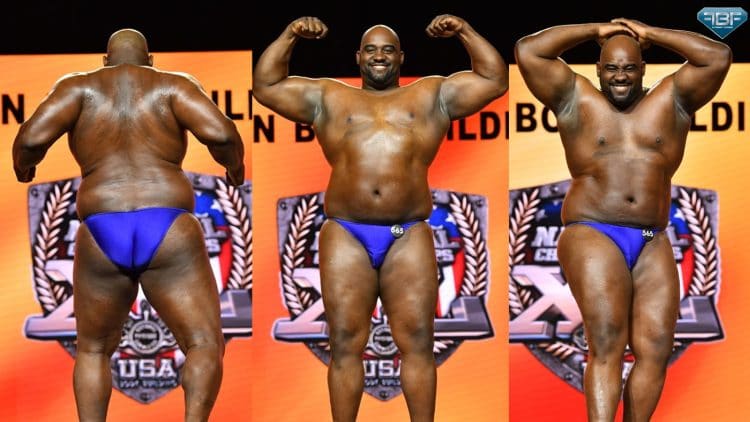 2021 NPC National Championships are in the books. The competition took place in Orlando, Florida on December 17th. The event saw the emergence of remarkable talent in Carlos Thomas Jr in the IFBB pro circuit. Powerlifter-turned-bodybuilder Amanda Kohatsu presented a strong showing the second time in a row. As remarkable as these instances are, NPC National championships became a topic of discussion for a very strange reason.

Among the super heavyweight competitors was a bodybuilder who was clearly out of shape. It is completely understandable that there will be a significant difference between someone who wins the competition and those who are at the bottom of the rankings. However, the person in question had a significantly higher amount of body fat and did not remotely possess the necessary body composition and conditioning.

Should the reasons for someone showing up out of shape matter?

The bodybuilder’s participation in the NPC National Championships has multiple aspects. Going by the book, the bodybuilder competed in the nationals by the virtue of qualification. However, looking at his physique in comparison to every other competitor on stage made one thing obvious. The bodybuilder in question did not work as hard as the rest of them did when it comes to training or following a strict diet. His physique, by no means, looked like someone that is dedicated to the art of competitive bodybuilding.

It can be argued that maybe he did everything right but his body did not respond to the rigorous routine as well as the others. One can also say that his participation highlights the inclusive nature of the sport. However, another aspect of his bodybuilding career suggests otherwise. Some sources say that the bodybuilder in question has been competing for over a decade. If that is really the case, it is hard to speak up against his critics. Ten years is a sufficient time span for someone to improve their competitive abilities. However, it does not seem to be the case here. The reasons for the bodybuilder showing up grossly out of shape at the NPC Nationals become irrelevant.

NPC National Championships and the level of talent

The question in this situation revolves around the spirit of bodybuilding. There is nothing wrong with a less-than-impressive physique at the entry level. However, NPC National Championships are the biggest amateur bodybuilding competition in the USA and the final test to earn pro status in the sport. Therefore, fans and the entire bodybuilding community expect only the super-elite in the amateur circuit to compete in the nationals.

The sport aims to reward the countless sacrifices a bodybuilder makes to bring his body in the best possible shape. Considering this, is it fair to other competitors to step on the stage to find out that someone who is obviously not in the best shape has also been given the same opportunity that they worked so hard to get?

Long story short, bodybuilding competitions are judged according to a balance of size, symmetry, and muscularity. The bodybuilder in question possessed no other attribute than the size. Trolling or hating him online for the way his body looks is not justified under any circumstances. However, his inclusion in the competition certainly does not adhere to the spirit of competitive bodybuilding.

Featured and other images courtesy of NPC News