A TikToker alleges that she was attacked after being followed home from the gym. 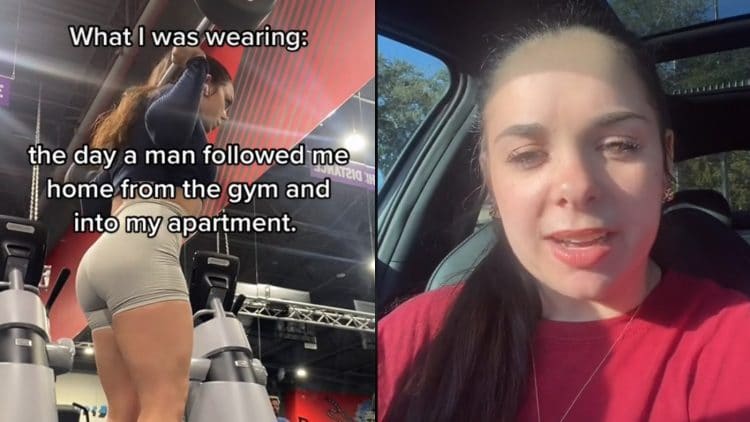 TikToker Jessi Balter released a viral video after explaining that she was assaulted when a man followed her home from the gym. After being stalked by a man exercising at LA Fitness and subsequently assaulted, a TikToker wants to spread awareness to protect women gym-goers.

The video is met with an overlay of the situation in which she describes herself going to her apartment from the gym. The TikToker points to what she was wearing the day she was attacked, (tight legging shorts) but made sure to report the incident after it all allegedly went down.

While the clip is just 25-seconds, the TikToker seems adamant that LA Fitness is fostering an environment in which these types of incidences can occur repeatedly. As with any accusations involving assault, it should be taken very seriously.

Check your priorities, @la.fitness & get these disgusting men out of your gym. #lafitness #assault #sexualassultawareness❤️

In the short clip, she draws attention to LA Fitness’ lack of safety for its customers.

“How can they care more about a contract than their own member’s safety???” the TikToker shared in her video.

With so many instances of ‘gym creeps’ bothering women at the gym, the problem appears to be a stubbornly common one nowadays. Some believe with the rise of such interactions, that woman-only gyms will continue to emerge over time.

Here’s the update! Thank you all for your help & for being respectful & supportive of my story. Stand up for yourselves & stay safe ❤️ #sa #lafitness

“Here’s the update! Thank you all for your help & for being respectful & supportive of my story. Stand up for yourselves & stay safe ❤️ #sa #lafitness” @jessibalter shared.

While some believe the TikToker shared the video to cancel LA Fitness and the man involved, she maintains the video was circulated to bring about awareness to an ongoing problem affecting women in society today.

“I posted the video to create a safe space for women to see that they are not alone. Unfortunately, things like this happen all the time at gyms and [in] other places and it goes unreported. I hope my video has allowed other women to share their experiences, or even think about sharing,” Balter said.

Following the incident, law enforcement got involved and LA Fitness’ district manager issued a statement to Balter. According to the statement, LA Fitness condemns such behavior and will be implementing special classes for gym associates to learn how to combat such problems from becoming a recurring phenomenon.

With 2022 approaching, gyms will be packed with anyone looking to get in shape for their New Years’ resolution. The TikToker’s video has garnered over 6.8 million views. Despite enduring a traumatic event, Balter’s efforts will help spread awareness for women who have been victims of assault both in the gym and outside of it.