While preparing for the 2021 New York Pro, Bola Ojex tore both of his quads while training legs 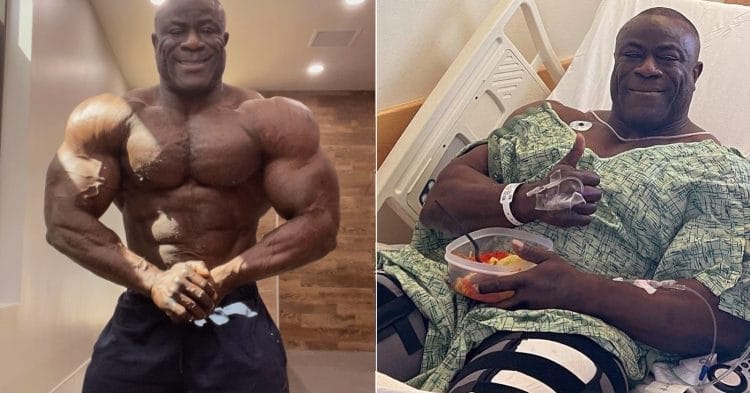 The 2021 New York Pro is just six weeks away, and it has fans buzzing with anticipation. Unfortunately it will be taking place without 212 bodybuilder Bola Ojex, after he suffered a devastating injury in training.

Ojex was just one of the many athletes who are looking to qualify for the 2021 Olympia, by competing at the New York Pro, which actually takes place in Tampa, Florida on May 15th. In fact, we have been tracking some of athlete prep, as this highly anticipated show draws closer.

The most talked about aspect of this contest has easily been the rivalry between Nick Walker and Blessing Awodibu, which has been brewing for weeks. However there are plenty of other extremely talented athletes who will compete in six week’s time.

Unfortunately it seems that Bola Ojex will not be among those participating, despite him having prepped for the show thus far. Apparently, he has suffered a tear in both of his quads after a recent leg day training session.

The news was revealed with an Instagram post from IFBB Pro Classic Physique competitor Dani Younan, who asked for prayers for his friend’s speedy recovery. Bola was reportedly looking better than ever before he suffered a partial tear in one quad and a complete tear in the other.

“Please pray for my brother Bola… yesterday during our leg workout he tore both of his quadriceps squatting, one was partially torn & and one was completely torn,” Younan wrote.

“Bola was 6 weeks out from NY Pro, it was the best I’ve ever seen him! His surgery went very well & he’s rest and recovering right now, he will be back better and stronger!”

This was obviously a terrible setback for Ojex, as he was looking to make a big impression at the show. According to Shawn Ray, this injury occurred in the midst of him squatting, and it will leave him wheelchair bound for 2 months to recover.

“Help our brother Bola Ojex to a speedy recover from Two Torn Quadriceps! Squatting during contest prep and BANG‼️
He’s in the hospital recovering with 2 Months in a wheelchair & lots of therapy ahead.”

A GoFundMe has been set up to help Bola Ojex cover the costs of recovery and treatment, as well as the money he will lose from not being able to work his job as a personal trainer. At the time of writing, it has only raised about $1500 of its $20,000 goal.

Fitness Volt would like to wish Bola a speedy recovery from this brutal injury.