Bostin Loyd had stage 5 kidney failure and his cause of death was triggered by an aortic dissection. 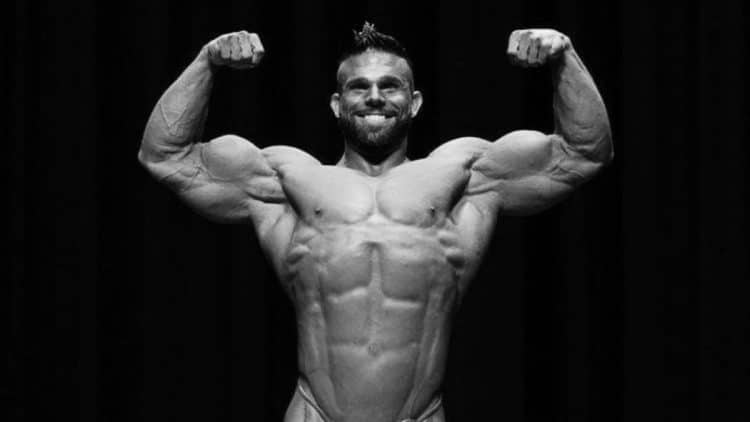 The untimely death of 29-year-old bodybuilder Bostin Loyd shook the foundation of the sport a few weeks ago. On Monday night, Dave Palumbo with RX Muscle revealed that Bostin Loyd’s cause of death was triggered by an aortic dissection.

On the morning of Feb. 25, Bostin Loyd passed out at his home after attending the gym. The bodybuilder was taken to the hospital shortly thereafter where paramedics attempted CPR until he was pronounced dead. It appeared a heart attack was the culprit responsible for his death initially, but it’s now been revealed that the main artery that circulates blood to his entire body, split, which caused internal bleeding and subsequent death.

Loyd was infamous in the sport of bodybuilding for his controversial views on the use of steroids and performance-enhancing drugs. In 2020, the 29-year-old admitted that he used a peptide (Adipotide) that caused his kidneys to fail. In addition to providing details about his tragic passing, Dave Palumbo explained that genetic predisposition also played a significant role in his death.

Genetic Origins Played Role in Bostin Loyd’s Cause of Death

Shedding light on the death of Bostin Loyd, Dave Palumbo published a video on the RX Muscle YouTube channel explaining what happened, and how genetics played a role in Bostin’s aortic dissection.

“I don’t think anyone would have ever suspected what the cause of death was. I know I was kind of blown away by it and it goes back to genetics. I know people hate when I say that, but we’re all victims of our own genetics. Bostin Loyd died of a dissecting aorta. What that means, is his aorta, which is the main artery that comes off the heart to provide blood to the body, which is the highest pressure artery in the body can sometimes split.

That’s what the word dissect means and if it splits, obviously the blood, and the high pressure just blasts out of there and usually you die very rapidly, because you just bleed to death internally. There’s no blood being pumped to your brain and the rest of your body, and that’s it.” Dave Palumbo shared.

According to Palumbo, it appears Bostin’s father also had an enlarged aorta which prompted him to have it surgically fixed. Unfortunately, the problem is hereditary and certainly had an impact on Bostin Loyd’s cardiovascular function before his death.

“Now, Bostin is only 29 years old, but his father John Loyd who is also a bodybuilder had an enlarged aorta, also known as an aortic aneurysm and he actually had to have it surgically fixed. I don’t know when he had it done. I think it was done in the last five years or so. And I know he had mentioned it to Bostin, ‘hey you better check that out because it could be inherited’. But you know, who thinks at 20-something years old that you’re going to have that issue. I don’t know if Bostin ever went and got it checked. He told his father that he did but we don’t really know that for sure.”

Given that his father suffered from a similar heart condition, it seems genetics had an impact on his cause of death, not just steroid abuse.

“Obviously, having high blood pressure, training heavy and baring down, and doing that Valsalva maneuver in the gym, where you kind of hold your breath a little to push heavier weight. That increases pressure in that aorta like one-hundred times and if you do have a weak aorta, genetically speaking, because it is a genetic type of abnormality or weakness — it could split.

Does it normally happen in kids that are 29 years old? No. But that doesn’t mean it can’t happen. Despite Bostin’s crazy protocols that he did, despite the fact that he was in kidney failure, none of these things seemed to have contributed to his death.

Aortic dissection can be a tricky condition to diagnose because symptoms may present similar to other heart problems. The condition is relatively uncommon, however, if the aortic dissection is diagnosed early and treated promptly, the chance of survival greatly increases.

Despite suffering from kidney disease in his last years on earth, Bostin never regretted his decision to use steroids and other substances to enhance his physique.

Happy 6 years baby!!! Its crazy how far we have come from a spastic bodybuilding couple to the beautiful family we have…

Following his untimely death, a GoFundMe campaign was created to help his loving wife and son pay any costs associated with his funeral. While steroid use affected his heart and led him into kidney failure, Loyd’s autopsy details show that genetics also played a major role in his death.