Life and Accomplishments of Brad Castleberry 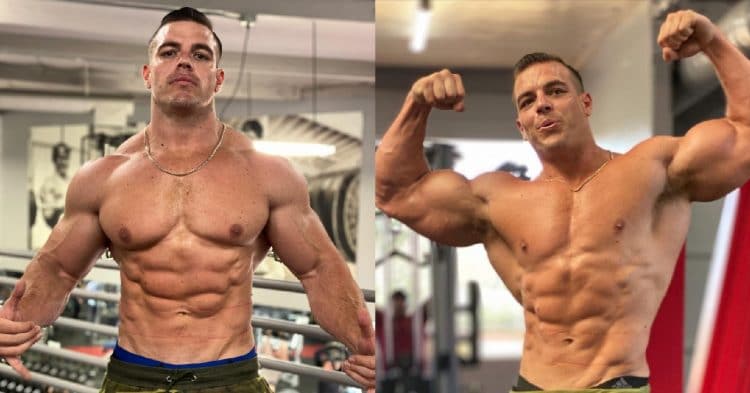 Always a natural athlete, Brad Castleberry has been able to use his talent and physicality to train as a bodybuilder, football player, and powerlifter. That being said, he has been involved in more than his fair share of controversies as well. This is his life story, biography, training and diet, and more.

Growing up, Brad Castleberry was always an athletic youth, seeming to always run around and play sports. His weight training began at an early age, starting with him and his friends lifting weights in his garage after school. At the time he only had a small bench press set, some small dumbbells, and a curl bar. Yet he made due, allowing his love for weight training to blossom, regardless of the tools he had.

Once he was in high school, Brad’s mom got him a gym membership. This allowed for him to fully nuture his love for weight lifting, resulting in him becoming much larger than his peers. More importantly though, he realized just how much he loved building his body, which helped him to begin to decide what path he wanted to take in life. It was at this point that he knew he wanted to pursue an athletic career.

At the age of 19, Brad Castleberry got to the point where he felt confident enough in his physique to try competing in a bodybuilding show. After discovering his love for being on stage, he decided he would try to turn pro. He was successful too, earning his Pro Card at the Muscle Mania show, when he was 20.

After a few more competitions, Castleberry decided that he wanted to give up his budding bodybuilding career, instead trying his hand at football. Details of his career are sparse and inconsistent, but he claims to have attended two NFL combines before he went on to compete at a Junior College level. It is known that he competed with the Palomar Community College football team for 4 games in the 2010 season. As he did not perform particularly well on the field, his football career fizzled out and he started to put his focus into weightlifting and social media.

As Brad Castleberry started to focus his attention to social media, he put a big focus on his lifting efforts. It was not long before he gained a following of fans who were attracted to his insane physique, and impressive feats of strength. This only amplified when he started posting some videos with weights that seemed too good to be true.

In fact, according to the opinions of many, these accomplishments are too good to be true. The comments of his posts are littered with people accusing him of using fake weights, and by all accounts they are right. We did a full, in-depth breakdown of all of his suspicious “accomplishments” that you can view here. To recap, he posted a video where he verified his ability to lift some decently heavy weight, but the manner in which he did so implied that either his previous videos were faked, or that he has actually lost progress as an athlete.

The other side of the controversial nature surrounding Brad is his overall demeanor. He often encapsulates the negative side of lifting, and the personality traits that turn people off from the gym life. A lot of his followers seem to be there simply to mock him for his arrogant behavior and gym-bro attitude.

Looking at the nutrition industry, Brad Castleberry felt that he had a lot that he could offer. Therefore he decided to start his own nutrition company, named Castleberry Nutrition. Here he crafted his own blends if products that he feels is trustworthy and reliable, as well as helpful to those who decided to use them.

When it comes to training, Brad Castleberry loves to work his back the most. His favorite exercise is wide griped pulldowns, and he thinks that most people tend to undertrain their backs. On the other hand, his least favorite part of training is stretching, even though he realizes how important it is to avoiding injury. He feels it time consuming and tedious, but never misses a stretching session after working out.

Below is his weekly training split:

When it comes to his diet, Brad Castleberry takes things seriously, but does not overdo it. He feels it important to eat clean, but does not obsess over eating specific meals. Instead, he tries to eat at the same time every day, putting a focus on having clean, well-rounded meals.

Some of his favorite foods include:

Although he regularly changes things up, this is a rough example of how Brad’s diet usually works during the day.

As far as supplements are concerned, Castleberry uses a lot of whey protein throughout the day, as you would expect. He also heavily backs his own supplements, but how much of them he actually uses is unclear. There is also a lot of speculation in the community on whether he is natural or not, however he has consistently denied any performance enhancement.

Brad Castleberry is undoubtedly a controversial figure in strength sports. That being said it is hard to deny his success, at least in terms of social media following. You may take his weight lifting accomplishments with a grain of salt, but he still works hard on some level.

What is the Best Chin-up and Pull-up Alternative?