Bodybuilding veteran Branch Warren addresses rumors of a comeback, and reflects on his time coming in second at the Olympia but beating Phil Heath 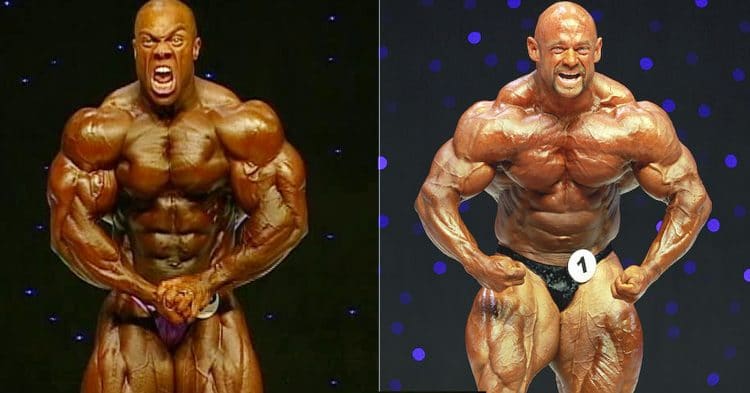 During his time in the sport, Branch Warren had a lot of success against some of the best in the world. He recently reflected on that success, and addressed if he plans on making a comeback at any time in the future.

For a time, Warren was undoubtedly one of the top bodybuilders in the world. His record of achievement proves that, with wins at the Arnold Classic, and numerous Mr. Olympia appearances on his lengthy and impressive resume.

Unfortunately, he was never able to win the Olympia, coming in second place and third place in back to back years. Despite this, he still held wins over some bodybuilding champions like Phil Heath, Kai Greene, Jay Cutler, and others, making him a bonafide legend in the eyes of most fans.

This was something that Branch Warren discussed when speaking in a recent interview. Here, he was asked about what it was like, coming so close to winning the big show, only to come up short in the end.

Obviously, Branch said that this feeling was gut wrenching, and almost worst than coming in last place. It was hard coming to terms with the idea of giving his all, but not being able to beat that last man.

“The worst place in bodybuilding, the worst place, I don’t care what show it is, what you’re talking about, it’s second place in the Mr. Olympia competition. I would have rather gotten fifth than second,” Warren said.

“So you’ve beaten everyone on the planet, expect for that one last person, and you get your name called in second, it’s like the most bittersweet moment in my career,” Warren continued.

“You’re so close, and you do everything you can possibly do, and you’re probably in the best shape of your life, and you’re still one person short. That’s a bitter pill to swallow.”

As devastating as that may have been, Branch Warren did not let it keep him down. He reflected on how he got right back to training that very next week, feeling super motivated.

Part of the reason for that, was because he already felt like he beat a ton of people he should not have. Taking some solace in that fact, he was able to find the motivation to get back to work and prepare for the next show.

“I beat them because I learned very early on that I could outwork a lot of them. Some of these guys, they relied on their shape or their genetics to get them through. I didn’t have that ability. I knew I could put on a lot of muscle, and I knew I could get really hard. Usually I could get harder, if I tried, than anybody else. So the combination of muscle density and conditioning saw me through in a lot of those battles.

“Take somebody like Phil Heath,” Warren added. “That guy is one of the most gifted bodybuilders in the history of our sport, and I beat him before because I just came in harder than him.

This question has been on the minds of a lot of people, as Branch Warren has been looking solid lately. He has shared some impressive looking updates, which got fans speculating on if a return to the stage could be incoming.

Unfortunately for his fans, Branch made it clear that he is not coming back. He says that he has accomplished everything that he has wanted in the sport, and he has nothing left to prove, instead putting his focus and attention on his family.

“Nah man, I’m good. I get asked that question pretty frequently by fans and people I know. I’m good man. I did everything I wanted to do. I had a 15 year career as a professional bodybuilder, and several years as an amateur before that,” Warren said.

“I think that’s why sometimes guys, they want to go back because they got some unfinished business that they want to take care of. In my case, I’m good man.”

As much as his fans may be disappointed, it is good to see that Branch Warren feels good about the way his career ended. He had a legendary run, and can take pride in the fact that he is a super jacked 46-year old.