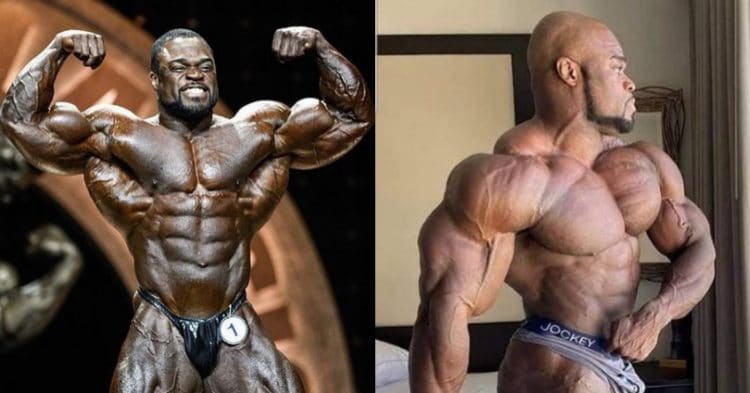 There is a lot on the line for Brandon Curry when he competes at the 2020 Mr. Olympia. A recent physique update just a few days shy of the start of the contest shows what type of condition he is in, heading into the contest, and things are looking quite good.

As much as Curry is loved and respected by fans, there is still a vocal minority of people who doubt his legitimacy as Olympia champ. He will have the chance to silence these doubters this weekend, when he looks to retain his title against the likes of a returning Phil Heath and recently stateside Hadi Choopan, among other elite athletes.  If he is able to win his second Sandow against the current lineup, even with some like Roelly Winklaar still missing, it will be hard to doubt his claim as the best bodybuilder in the world.

With the Olympia only a few short days away, fans have been clamoring to get a glimpse at Brandon Curry during his prep, to see what type of conditioning and package he will be bringing to the stage this weekend. A few days out from the contest, fans got their wish, as a photo was released that shows the Olympia champ posing just a few days removed from the start of the competition. Sporting a freshly shaven head, Brandon looks to be peaking at the perfect time, and looks quite impressive to say the least.

“Thanks to @brandon__curry for giving me this picture . Prepped by @abdullah_fs_alotaibi . This Olympia will be a Olympia we will never forget . #bodybuilding”

So there is a lot to unpack here, but first it is important to note that there appears to be a filter on this picture, which effects the way it looks. That being said, Brandon Curry still looks super hard and dry with just a few days to go before he steps on stage.

However the most impressive aspect that we see here is easily with his hamstrings. While it could be chalked up to a good angle for the photo, his legs are simply enormous, and a clear sign of the work he has put in over the course of this prep.

There are still a lot of questions that remain to be answered when Brandon Curry steps on stage in Orlando this weekend. However with the way he looks here, he is going to be hard pressed to let anyone snatch the crown from him without a fight. The 2020 Mr. Olympia was already one worth watching, but if for some ungodly reason you were not convinced, this update from the champ should do the trick.

Build Strength and Size With The 15 Best Deadlift Variations