After rear-ending a man in a road rage incident and stabbing his tires, Von Moger walks free and will not face criminal charges. 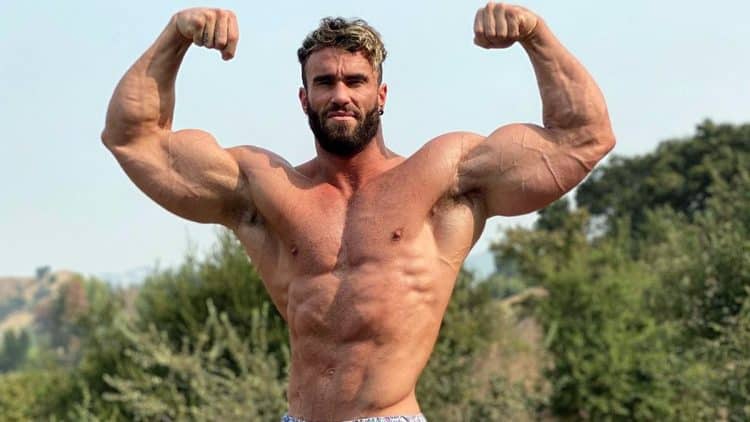 Calum Von Moger picked up a win in court recently after the presiding judge decided not to slap him with criminal charges stemming from a road rage incident. On Wednesday, Von Moger was spared a criminal conviction after his lawyer, Bernard Campigli, shared that it would affect his client’s ability to find work in the U.S.

The popular bodybuilder who played a young Arnold Schwarzenegger in a biopic pleaded guilty to a pair of mishaps earlier this year. In January, Von Moger stabbed a man’s tire following a road rage incident. After police arrived on the scene, several weapons were found in Von Moger’s vehicle, like brass knuckles, a tomahawk, and a hunting knife.

According to his lawyer, Von Moger’s erratic behavior was in part caused by a number of carjackings he was victim to while living in Los Angeles, California. His lawyer added that these experiences left Von Moger ‘scarred and traumatized,’ which ‘triggered’ the excessive reaction in January.

During the last court appearance, the session was adjourned so that victims could write impact statements to present at a later date. Calum’s lawyer Campigli also mentioned that his client was struggling emotionally since the death of his support dog.

In addition to troubles with the law, many believe Von Moger is dealing with mental health issues. In June, he jumped out of a two-story building and critically injured himself. Following the painful experience, many were unsure if Von Moger was attempting to kill himself. In spite of the setbacks, Calum Von Moger is now a free man and will face a $2,500 fine.

Judge Porter gave Von Moger a $2,500 fine, a mandatory mental health treatment as well as a ’12-month good behavior undertaking.’ Other weapons and drug charges related to Von Moger were withdrawn, according to the court.

Campigli explained that Calum Von Moger’s son lives in America and a conviction would severely impact his career opportunities.

“He does have potential business opportunities in America, he is largely reliant on that income. I can’t give that figure, but von Moger does have the prospect of future employment,” Campigli said.

“The prospect of a conviction would significantly impact his future work opportunities.”

In light of his troubles, Von Moger gave a statement in July where he condemned the ‘fake people’ around him. He was frustrated because he thought many of his friends were being nice to him in person but would talk trash behind his back.

Fellow Australian bodybuilder Lee Priest believes Calum is stuck in a vicious cycle that can be very difficult to escape. Priest specified that Von Moger’s problems could happen to anyone. Given the challenges Von Moger has faced in the past few years, Priest wishes him ‘nothing but the best.’

As a former Mr. Universe winner, the bodybuilding community would love nothing more than to see Calum Von Moger back on stage. Despite his latest trouble with the law, Calum Von Moger walked away a free man and will not face criminal charges for the January road rage incident.