In light of his recent trouble with the law, Calum Von Moger took to social media asking for forgiveness as he aims to get his life back on track soon. 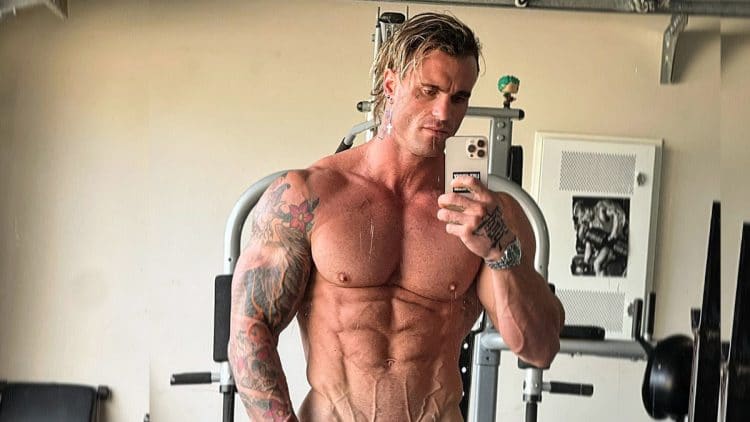 Calum von Moger is one of Australia’s most popular bodybuilders but has found himself in hot water for a variety of issues as of late. Following recent legal troubles regarding the possession of drugs and allegedly threatening someone with a machete, Moger posted on Instagram expressing his desire to become a better person.

Calum exploded in popularity after portraying a young version of bodybuilding legend, Arnold Schwarzenegger in the film Bigger. He continued his foray into Hollywood by taking part in the Netflix-produced film, Generation Iron 2 in 2017. Moger started modeling for Gucci in 2019 and has steadily amassed fame in the bodybuilding and fitness communities with a number of different entertainment ventures.

What goes up, must come down and that was certainly the case for von Moger. Calum found out that he got a woman (Nicole Segura) pregnant in 2018 and was taken aback after discovering the secret child’s existence in 2020. Despite the crazy situation, von Moger made it clear that he wanted to be a part of his son’s life after finding out that he was his biological father.

According to fitness influencer Kenny KO, Calum and Nicole Segura met through a mutual friend online. Kenny maintains that Calum and Nicole dated off and on for a couple of months. On December 23, 2020, Nicole got pregnant and told Calum about the news on Jan. 10, 2021. Calum allegedly wanted nothing to do with the pregnancy upon finding out and recommended an abortion that he said he would pay for. In addition, Von Mogen supposedly gave her an ultimatum by stating he would continue the relationship if she got the abortion.

Calum Von Moger: “I Don’t Care About Dwelling On Negative Thoughts Of The Past”

Calum has found himself in the media’s crosshairs recently after allegedly brandishing a machete on an individual in Melbourne before chasing them down. This incident happened as a result of road rage. A few weeks ago, Australian authorities arrested von Moger for the possession of drugs including methamphetamine. Calum shared an update of his ongoing situation on Instagram and appears optimistic about the future.

“Everyone has a past. We’ve all been through hard times. I admit, I messed up bad many times. But I don’t care about dwelling on negative thoughts of the past. All I care about is that I learn from my mistakes and become a better person. I’m trying my hardest to stay strong but I have my days too.

The Media will always focus on the negative news to get our attention and start gossips. But the positive achievements I’ve done in my life far outweigh the muck-ups I had along the way ⚖️ That I can swear on 💯
Anyway, All I can ask is for your forgiveness so I can keep moving forward on the right path again 👣” Calum von Moger posted.

Many fans questioned whether von Moger would return to the bodybuilding stage after enduring a nasty bicep tear while attempting a 400lbs barbell curl with three-time Classic Physique Olympia champion Chris Bumstead. According to Calum, he believes the injury occurred because he didn’t warm up properly.
Calum emerged as a promising prospect following his big win in the Classic Physique division at the NPC Mr. Universe show in 2020. The impressive first-place showing saw him earn his IFBB Pro card.

Once his pending charges are resolved, Calum can redirect his focus on his career and possibly compete at his first IFBB Pro show. In the meantime, von Moger is focused on positivity and conducting himself in a manner that will get his life back on track.
For the latest news and updates please follow us on Instagram, Facebook and Twitter.
FacebookTwitterRedditFlipboardLinkedIn
Categories: Bodybuilding News
Previous Post

Best Pre-Workouts Without Beta-Alanine Reviewed For 2022