Wishing Calum Von Moger 'nothing but the best', Priest believes substance abuse contributed to his recent struggles: 'when you hit your lowest, you find out who your true friends are' 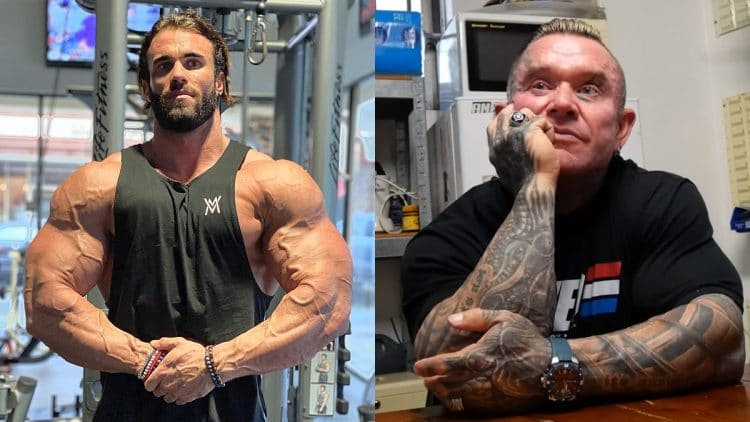 Calum von Moger, the man many referred to as Arnold Schwarzenegger’s successor has fallen on hard times lately, which has prompted bodybuilding veteran Lee Priest to discuss the issue at length. Priest believes substance abuse problems have only made things worse for Calum von Moger since injuring his spine jumping out of a two-story window.

Like Priest, Calum von Moger emerged as one of Australia’s most promising prospects in bodybuilding. However, things have gone downhill since those lofty presumptions were made. On the afternoon of May 6, 2022, the aspiring bodybuilder jumped out of two-story window. After being rushed to the emergency room and treated by the ICU, Von Moger reportedly couldn’t walk. While it remains unclear if this was indeed a suicide attempt, his actions have garnered a lot of attention in the bodybuilding community, nonetheless.

In May, von Moger went to rehab after pleading guilty to drug charges where he was discharged from the hospital with the ability to walk without any assistance.

Priest is an Australian retired Pro who made it to the Olympia stage a number of times throughout his career from the 1980s to the 2000s. Despite stepping away from the sport competitively, he has a strong voice in the sporting community. With an apparent pattern of erratic behavior, Priest gave his thoughts and wished the 32-year-old ‘nothing but the best.’

Lee Priest on Calum von Moger Situation: ‘It Could Have Happened to Anyone’

In a video expressing his concerns, Lee Priest reflected on von Moger and the actions that led to him being hospitalized.

“Like I said, living in America, coming home, whether something makes you feel like he failed. Then, like I said, if you do get into drugs. Like, I’ve done cocaine before but I’ve never had an addictive personality. Sometimes, when I stopped with the painkillers and I had coke, I thought it takes the pain away. But then, a day or two later, you feel like fuc**n shit. Your brain is all messed up.

The only way you think to get normal is, ‘if I do coke again, I’ll feel good.’ So, you get into those types of things. I wish him nothing but the best. I see people making fun of him, and coming down on him but you know, it could have happened to anyone.” Priest said in a recent video.

Bottom line, Priest hopes that von Moger gets the help he needs and recovers from his injuries.

“I hope he gets the help he needs you know. I’m not sure. They said he was in a coma last I heard, like they put him into a coma to help him recover. So, hopefully he comes out of that, whether if there’s been brain damage or who knows what his injuries are from jumping out the window.”

Substance abuse affects a large portion of the population, and once a person becomes psychologically/physically dependent, Priest believes anyone can be caught in the ‘vicious cycle’.

“So, yeah I wish him nothing but the best. I hope he pulls through. Hopefully he’s in the hospital now and gets the help he needs. The main thing is, you can have the greatest body and be physically fit but if your mind isn’t right that can be detrimental to anything. If you’re looking for that escapism, or whatever pain he has in his life or he wants to block it out, some people turn to drugs but then those drugs lead to other bad shit.

Then, you get caught up in something bad happening. You take recreational drugs and forget about it. You feel good, but then when they wear off you feel bad because you’re coming off the drugs.” Priest added. “You get caught in this vicious cycle.”

According to Priest, anyone could have found themselves in a similar situation to von Moger. In addition, since von Moger was stuck in the hospital, Priest added that it gives von Moger time to detox from the drugs he was taking regularly.

“The thing is too, there’s people that sit there and judge him. You can’t tell me you’re perfect.” Priest explained.

“I should be wishing him well. I hope he does. Maybe, this is rock bottom though. They say you got to hit rock bottom sometimes, maybe this is it. Maybe now, he’s in the hospital, he’s going to be there a while. He won’t be able to use those any of those other drugs.

Hopefully he gets his head right. Maybe talks to someone and he might come out of this. It might have almost killed him but it might be the thing he needs to wake him up. It’s about who you have around you too.”

“I hope he has a good support team around him. I’m sure at the height of his career he had support. But when you hit your lowest, you find out who your true friends are. I’m hoping that he’s got some friends around him who can help him.

Family can only do so much. Family can love you to death and take you in and try to help you but if you don’t want to get help yourself…. you know it’s tough love but sadly I heard they put him out and put him in another place.

He felt like they abandoned him. But if your family tried hard and did everything they can do, they just can’t keep doing it over and over. You got to hit rock bottom yourself and realize fuc* this is it. I can’t get any lower than this or I’ll be fuc**g dead. Then, it just becomes how strong willed you are to turn your life around and have something to live for.” Priest shared.

On June 5, it was revealed that von Moger is back at home and can now walk unassisted. Before departing from the hospital, von Moger expressed his gratitude, stating that ‘it’s nice to be alive’. With a second chance at life, the once blue-chip bodybuilding prospect will have the chance to rewrite his own story.

Priest is adamant that once von Moger faces his ‘rock bottom’, he can begin to rebuild his life. Clearly, there is still a lot of progress to be made, but at least von Moger’s mental state is seemingly in a better place. In the end, Priest believes substance abuse issues have only added to the challenges that von Moger will face in the coming months.