Curry looks to be arguably his biggest ever as he dials in prep for 2022 Mr. Olympia 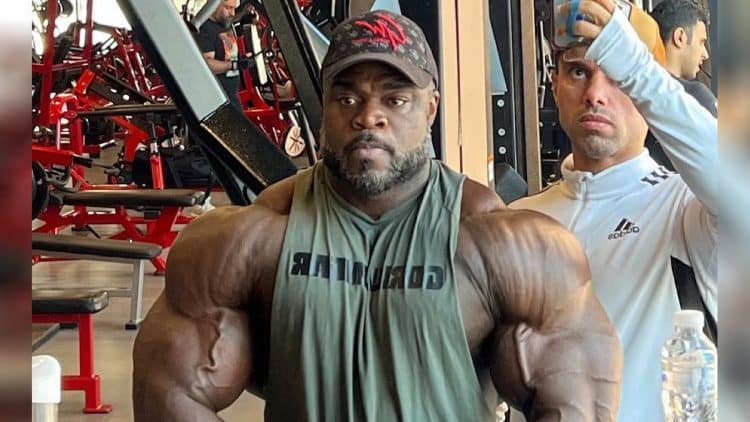 Brandon Curry has kept a low profile in recent months as he gears up for the upcoming 2022 Olympia. In a recent Instagram post, Curry shared an impressive physique update one month from the highly anticipated contest.

Curry has been a consistent top performer at the Olympia. After a fifth-place finish in 2018, Curry won his lone Sandow trophy in 2019 and placed runner-up the following years in 2020 and 2021. He managed to beat every competitor except the dominant Big Ramy who took home first at both events. In March, Curry participated in the 2022 Arnold Classic. He faced intense competition from former 2020 winner William Bonac but managed to defeat him in a close contest.

Brandon is determined to bring an end to Ramy’s reign after placing behind him the last two years. Although he is renowned for his insane conditioning, there have been doubts if Curry would be able to keep up with the other mass monsters in the IFBB like Nick Walker, Michal Krizo, and Andrew Jacked.

He joined forces with fellow Men’s Open standout Nick Walker for a brutal shoulder workout at the Carbon Culture gym in Tennessee. Their collaboration took place in the off-season. Curry guided “The Mutant” through the training session.

Bodybuilding legend Phil Heath took notice of the improvements Curry has been making. The seven-time Olympia winner backed Curry and Hadi Choopan to potentially dethrone the champion if he ‘leaves the door open’ again.

In a recent post made on his Instagram account, Brandon Curry shared a massive physique update in prep for the upcoming Olympia. He can be seen showing off his jacked arms with crazy striations in his delts.

It looks like Brandon Curry might be looking to play the size game against Big Ramy and other rising prospects of the Open division, judging by his added size. Overall, though, Curry’s conditioning has been the key to his success at Olympia shows in the past.

Last month, eight-time Mr. Olympia Lee Haney advised Curry to bring more muscle separation instead of trying to keep up with Ramy’s size. Haney believes the only way for Curry to knock out the champion is to add more muscle quality and maturity.

Bodybuilding icon Jay Cutler gave his take on the lineup for this year’s Olympia four weeks ago. He argued the competition is so intense this year that it would be hard to pick the top 10 or even the top 20. According to Cutler, it is difficult to count out Brandon as a top contender for the show.

RELATED: Derek Lunsford Says He Wants to Be in Men’s Open After Brandon Curry Calls Him Out

Curry recently shared the first physique update of his contest prep where he looked better than ever before with significant gains in muscle mass without sacrificing conditioning. If the latest update is any indication, Curry is on track to bring the wow factor to 2022 Olympia.