Calum Von Moger returns to competition and comes out on top at the NPC Universe 2020 in the Classic Physique division. 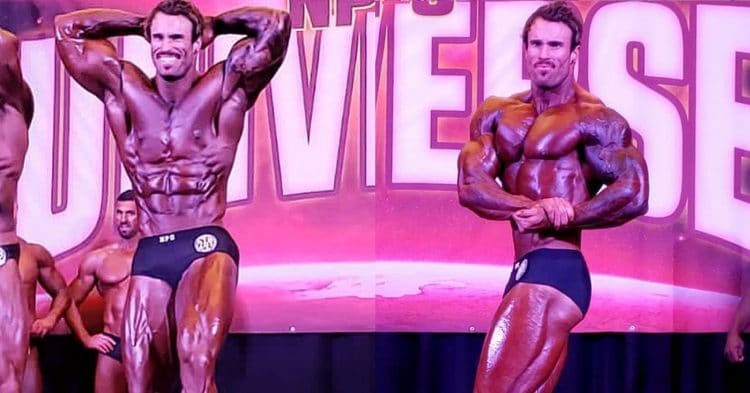 The 30-year-old Australian has been on a quest to climb the competitive bodybuilding ranks and reach pro status for nearly a decade. He showed lots of promise and was expected to do big things in the Classic Physique division.

However, maybe it was the limelight, and being a young bloke living the American dream that caused him to make some foolish decisions.

In 2017, he tore his bicep attempting a 400lb curl with Chris Bumstead. Then the very next year he injured his leg and knee in a rappelling accident of which he also tore the same bicep again after trying to pull himself up the cliff.

He teased a comeback but didn’t compete in 2019 as planned and was also involved in some drama after learning that he was a father.

But despite all this, he’s done just fine for himself starring in several popular films and owning his own supplement brand to name a few of his accomplishments.

He was scheduled to compete at the 2020 Jay Cutler Classic but the Covid-19 situation out a hold on everything which was yet again, another unfortunate obstacle in his way.

But finally, he was able to make his long-awaited return to stage in North Carolina at the NPC Universe 2020 recently, of which we took first prize in the Classic Physique division and earned his IFBB pro card. It must be an amazing feeling and relief for him after these past few years.

“It’s great to be back! Thanks for all the support leading up to this show. I’m very grateful!“

But the question now is, what does this mean for the Classic Physique division? Chris Bumstead currently sits on the Olympia throne and former champ Breon Ansley wants his crown back, not to mention there are several other talented competitors in that division as well.

Calum Von Moger will have his hands full if he’s eyeing the Olympia trophy but he certainly has what it takes somewhere down the road if he’s focused and keeps himself healthy and injury-free.

But for now, he’ll celebrate his pro card victory and we’ll be sure to fill you in if and when he plans to compete again.