Former champion announced his intentions to take part at next year's AC. 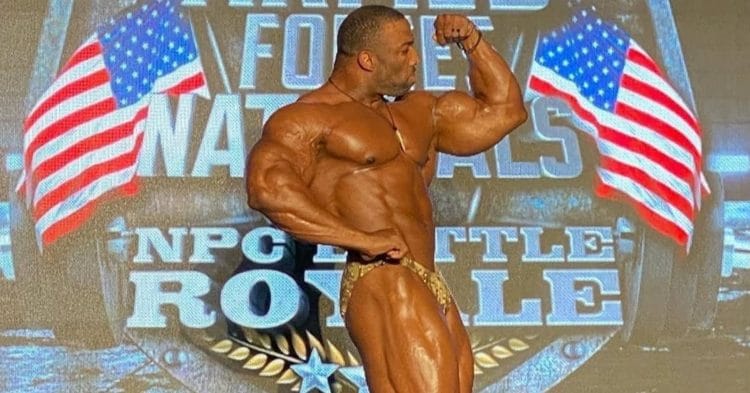 McMillan’s posing routine lasted a little longer than three minutes and he posted the photo of his guest posing appearance on his Instagram account. While admitting that he still has a lot of work to do before making a comeback to the competition, Cedric McMillan expressed his happiness for being able to perform on stage.

“Guest posing went ok last night… still got about 20 pounds to get back to normal tho. But for now, I’m just happy to get to do a routine.” Cedric McMillan wrote in the caption.

The audience in attendance honored Cedric McMillan with a standing ovation following his performance. Event announcer Tom Wilkins then went on to interview the 44-year-old and inquired about his plans to compete in the future. McMillan stated that he intends to make a comeback at the 2022 Arnold Classic. The event will take place in Columbus, Ohio from 3rd to 6th March 2022.

“I will definitely be doing the Arnold Classic next year. I plan to do that show every year. I didn’t make it last year, but hopefully next year, I’ll be back on that stage competing this time.” Cedric McMillan said.

Cedric McMillan last competed at the Arnold Classic 2020, finishing sixth overall. The U.S. Army sergeant pulled out of 2020 Mr. Olympia due to a lingering arm injury that required him to get pins in the hand and a cast all the way up to his forearm. McMillan had to go under the knife to treat his hand but never disclosed the details of the same.

Cedric made his first appearance onstage at 2021 Legion Sports Fest in Reno, NV, on Oct. 24, 2021, after long hiatus. He showed off at the prejudging part but didn’t compete in the finals, that contest won by 2020 Olympia 212 Champion Shaun Clarida. Mcmillan withdrew from the event due to health issues. However, a week later he was supposed to compete at 2021 KO Egypt Pro but couldn’t make a trip.

It was good to see him onstage at the recent guest posing. He still has to qualify for the 2022 Olympia.