It was definitely a good training session for one of the world's elites! 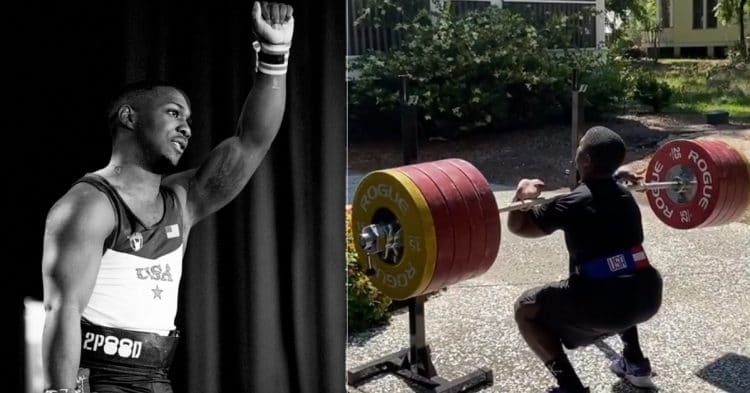 If you haven’t yet heard of CJ Cummings (Clarence Cummings Jr.) then let us introduce you to one of the best Junior weightlifters in the world. Cummings dominated last year to win the IWF Junior World Weightlifting Championship for the fourth consecutive time, after setting 15 total world records at the Pan American Championships, in the 73kg/161lb weight class a few months earlier.

So it’s pretty safe to say he’s an absolute beast. But due to the postponement of competition and the, what would have been 2020 Tokyo Olympics, it could be a while before he’s able to show more of his elite capabilities. However, the 19-year-old is still training as usual and recently did a ridiculous 255kg/562lb front squat in training.

It’s a ton of weight to be squatting especially in the front racked position but he was able to pull it off before dropping the massive load to the floor.

Here are the clips from last year’s IWF World Championship via Instagram.

His best lifts at this competition were as follows…

You Will Not Believe How Much Stefi Cohen Eats In One Day!

How to do the Barbell Hack Squat (Legs)