The former UFC champion says he'd win if he got another chance to fight Floyd Mayweather. 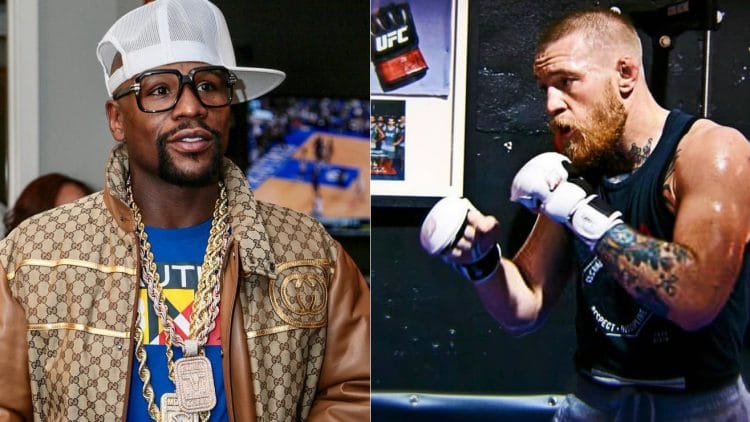 Back in 2017, the UFC legend and former UFC champion “Notorious” Conor McGregor took on one of boxing’s greatest in Floyd “Money” Mayweather. This match was the biggest in combat sports history which eventually ended in a 10th round TKO with Mayweather being the victor.  but McGregor apparently does not want to go down without a rematch and he made this very clear in an interview with Tony Robbins.

Now, Floyd Mayweather is undefeated (50-0) in his professional boxing career but he’d have no problem stepping back into the ring with the Irishman once again. He’s possibly the greatest pound for pound boxer ever and most people knew he’d take the fight due to being in his own element.

Many even believe he was toying with McGregor for a lot of the fight but it was exciting nonetheless.

In the interview, McGregor talked about how he was “whooping” Mayweather for the first few rounds until the boxing legend switched up his stance approach. However, we’ll leave that to the imagination of everyone who saw the fight.

But McGregor is ready for another go at it and is confident that the result would be much different the second time around. He told Tony Robbins…

“I know he’s not going to commit to my game but I would love to rematch him under boxing rules again”.

“I believe I would win, actually there I go again with the fake humbleness… I know I would win!”

Check out the awesome interview here…

So, a rematch is very possible especially with the astronomical number of pay per views that would be expected with such a super fight. But, time will only tell. However, McGregor still has some unfinished business with Khabib Nurmagomedov after his submission loss to the Russian last year at UFC 229 where he had to part ways with the lightweight belt.

The Irish fighter announced his retirement via Twitter earlier this year but everyone knew it wouldn’t hold up as it was just a ploy to get what he wanted from the UFC. So, we’ll likely see Conor McGregor in many more fights before he really calls it quits. And maybe 2019 will be a big comeback year for him.