Originally, 2023 was supposed to be the last year of the CrossFit Games in Madison, but it has now been extended to 2024. 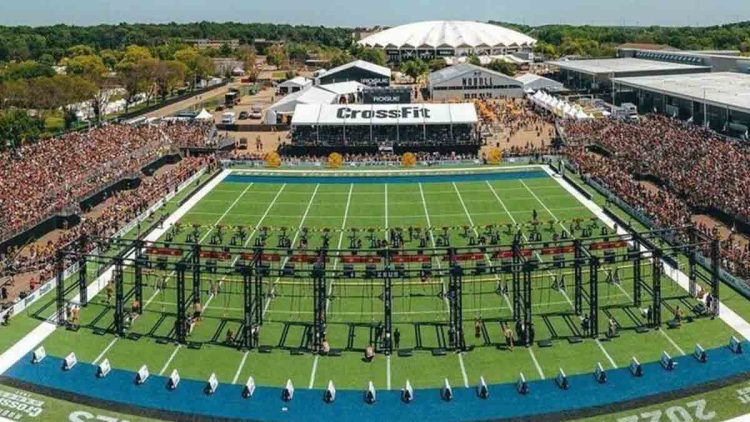 The CrossFit Games, a highly-anticipated annual fitness extravaganza, has been thrilling audiences since 2007. Each year, CrossFit organizes the event, where athletes from around the world compete in a series of physical challenges. The CrossFit Games have been held in a variety of locations across the United States, but they made their debut in Madison, Wisconsin in 2017. The event has been held in Madison every year since then, and it has become a staple of the city’s athletic calendar. CrossFit announced recently that the 2024 Games would also be held in Madison, which excited many fans and athletes alike.

CrossFit Games won’t move to a new location after all. While the organization initially planned to expand the event and reach new audiences by moving, it seems that plans have changed. CrossFit Games fans can expect the same exciting competition in a familiar setting at the same location. So, in a surprise move, CrossFit announced in a press release that the 2024 CrossFit Games will be held in Madison, Wisconsin, extending the event in the city for one more year. The decision was made in response to the overwhelming demand from athletes, fans, and the local community.

“CrossFit and Madison have a very special relationship that we are honored to continue for yet another two years, and I know our businesses and residents will welcome CrossFit back in 2023 and 2024 with open arms,” said Destination Madison and Madison Area Sports Commission Vice President ,Jamie Patrick.

It has also been noted by CrossFit that Madison is the perfect venue for the Games because of its natural beauty, culture, and recreational opportunities, which attract spectators from all over the world.

It’s not clear if this agreement will be further extended between CrossFit and the city of Madison, but the 2023 & 2024 CrossFit Games will officially take place there. Apart from the economic benefit for Madison, seeing that the CrossFit Games result in a few million dollars of profit, the most prestigious CrossFit competition also benefits the local affiliates, coaches, and community members.

“The athlete experience, and the test of fitness itself, is always front-of-mind for CrossFit, but what I’m most excited about is the lasting impact we can make in host regions like Madison as we use the full strength of our education platform, network of coaches, and gyms to introduce fitness to people at all levels,” said Justin Bergh, CrossFit’s GM of Sport.

The familiarity of the region and the climate is also a great benefit for any athlete that has already participated in the CrossFit Games. However, the crowd atmosphere in Madison has also grown into something mind-blowing, cheering until the final second of every event. So, that would definitely be very hard to recreate in many other cities.

“Our vision for the future is to bring the life-changing potential of CrossFit to more people, in more ways,” said CrossFit CEO Don Faul. “The CrossFit Games are a focal point for our brand as we reach millions of people around the world, and an opportunity for our global community to gather and celebrate as we crown the Fittest on Earth®.  We’re thrilled to return to Madison where we’ve been able to form an incredible partnership with the city and local community.”

The 2023 CrossFit Season will begin with the CrossFit Open on February 16th and will be followed by other qualification stages as time passes. The 2023 CrossFit Games are set to take place from August 01-06, in Madison. So, it will not be the last time that it takes place in the city, despite the popular belief over the past few months.