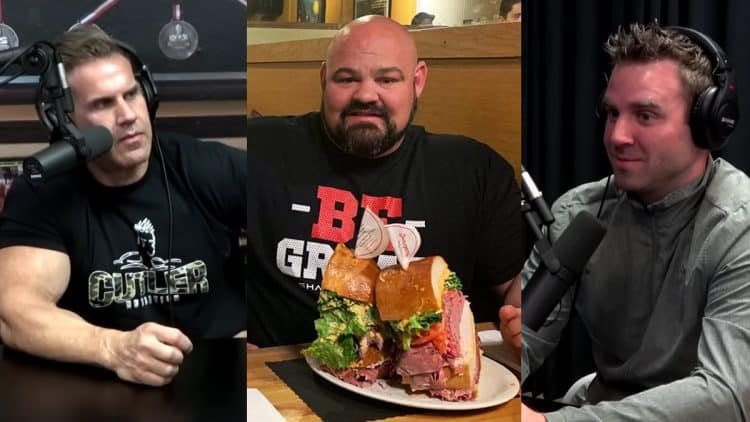 Brian Shaw is widely regarded as one of the greatest strongman competitors of all time. In a recent video posted on YouTube, Shaw’s Sponsor Trifecta Nutrition CEO Greg Connolly revealed the eye-watering price of feeding the legendary strongman for a year.

Shaw made headlines for his crazy feats of strength at professional strongman shows. After gaining attention in regional contests, Shaw made his way to the World’s Strongest Man competition in 2008 but wasn’t able to place. He emerged as a hyped contender the following year and finished third at the 2009 WSM competition.

He scored a win at the 2009 Los Angeles Grand Prix as part of the Strongman Super Series. He continued to participate in more shows and made significant strides with his strength over the next two years.

A few months ago, Shaw opened up on why he did not attempt to pull 500 kilograms (1,102.3 pounds) on the deadlift during his prime in 2016. He disclosed that he could not come to an agreement with the organizers regarding details related to the rules of the contest.

As you can imagine, feeding a 6′”8′ behemoth like Shaw can’t be easy. Brian only consumes specific meat to keep his cholesterol levels down and prefers bison over anything else. On top of that, the shipping charges for transporting over five boxes of food a week also increased the bottom line.

“Over $60,000,” said Connolly. “He’s eating at least five to six pounds of meat a day. I love Brian like a brother. He’s the nicest, tightest guy ever but he likes the most expensive meats. He wants like 30 pounds of bison.”

Brian Shaw joined forces with fellow strongman icon Eddie Hall for a brutal shoulder workout two months ago. Although the pair have a lengthy history of competing against each other, they never let the competitive rivalry affect their friendship outside the sport They teamed up again a few weeks later for a lower body training session at a familiar location.

Earlier this month, Shaw announced his plans to step away from competition after a final appearance at the 2023 World’s Strongest Man. His impact on the sport is undeniable but fans are excited to see if he can tie the all-time record for most WSM trophies.