Toomey will not be able to participate in the next edition of the CrossFit games because of her pregnancy. 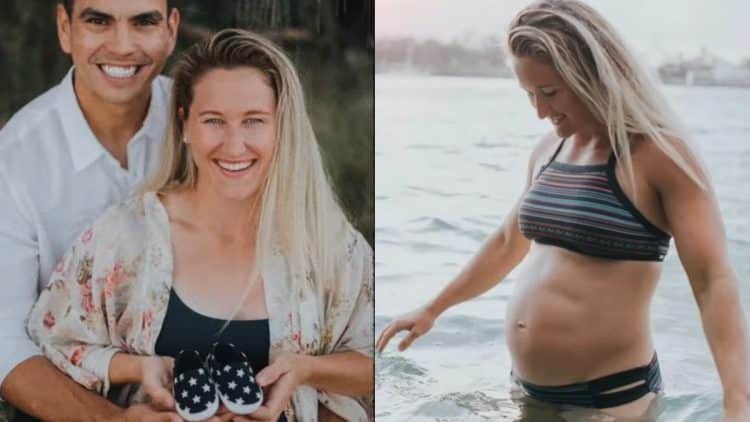 Australian sensation Tia-Clair Toomey stands as one of the most successful CrossFit athletes of all time. She is coming off a historic run at the 2022 CrossFit Games, where she won her sixth title and was gearing up for another run. In a YouTube video, Toomey announced her pregnancy and revealed that she would not be competing at the 2023 CrossFit Games.

Toomey first gained attention in 2015 when she secured a runner-up finish in her CrossFit Games debut. It would take her another year of placing second before finally getting her maiden victory at the 2017 CrossFit Games. Toomey has proven to be a dominant champion who held on to the throne each year since first winning it.

She went into the 2022 CrossFit Games looking to break the deadlock with five-time Fittest Man On Earth® Mat Fraser for the most wins ever in the competition. There was speculation about Tia’s chances at the show as she put on weight and had not been training CrossFit consistently due to her brief switch to bobsled.

When it was time for her comeback, Tia-Clair Toomey silenced the noise and etched her name in history as the winningest athlete with six CrossFit Games titles under her belt. Although she faced fierce competition from fellow standout Mal O’Brien, Toomey managed to extend her run at the top and took home the record payout of $310,000.

Following her sixth win, there were rumors Toomey might step away from professional competition now that she overtook Fraser as the most decorated athlete in the game. Toomey put the rumors to rest when she declared her hunt for the seventh individual title at the 2023 CrossFit Games.

Toomey was not content with the win as she saw room for improvement. As one of the most accomplished individual athletes in the sport, Toomey decided to switch gears and compete on a team with Brooke Wells and Ellie Turner at the Down Under Championship. She shared her first day of team training with Wells in preparation for the show in September.

Although many fans were excited to see Toomey compete in the Teams category, she ended up withdrawing from the contest about two months out from the event. She did not go into many details, leaving some to wonder whether she was dealing with an injury. It appears she has now disclosed the reason why she was not at the Down Under Championship.

Tia-Clair Toomey announces her pregnancy, pulls out of the 2023 CrossFit Games

In a recent video uploaded to her YouTube channel, Tia-Clair Toomey announced that she was pregnant and will not be competing at the 2023 CrossFit Games.

“2023 is going to look slightly different for me,” she said. “I am pregnant so my seventh title is going to be put on hold for the time being. Shane and I are extremely excited to announce this new addition to the family. For us, it’s obviously something that’s very new, that we have never done before but it’s something that we have always wanted.”

Tia-Clair Toomey recently opened up on recovering from a back injury that she picked up going into the 2022 CrossFit Games. She slowly made her way back to weight training and took the time off as an opportunity to reset mentally and focus on the next challenge.

Clearly, Tia-Clair Toomey’s reign has been the greatest era of CrossFit so far. Her success is unlikely to end in the near future, since no one has been able to beat her in the past six years. From this point onward, anything Tia-Clair accomplishes will just cement her legacy in CrossFit.