Gillon tries to stay disciplined even during the off-season: 'If you want to be the best you have to do what others will not do.' 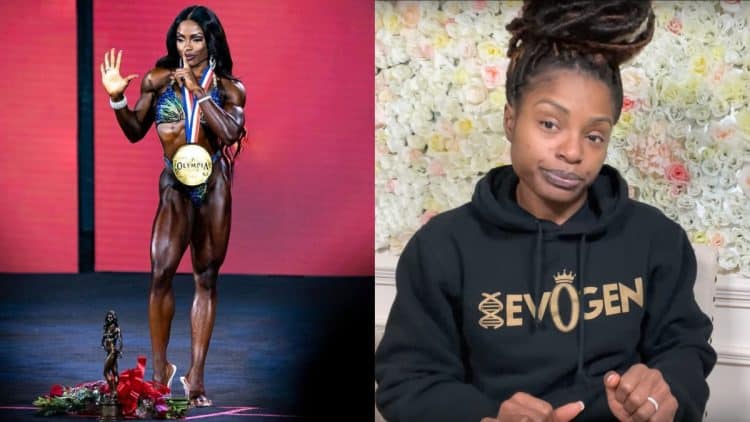 The 58th edition of Joe Weider’s Olympia Fitness & Performance Weekend took place about two weeks ago in the Entertainment Capital of the World, Las Vegas, NV. More than 400 athletes from 11 featured divisions made their way to Sin City for the most prestigious fitness showcase in the world.

Reigning Figure Olympia champion Cydney Gillon first gained attention in the division as a standout at the 2014 Olympia, where she placed ninth. A few months later she won the 2015 IFBB Wings of Strength Chicago Pro. She continued competing in other shows and stayed on the periphery of the top ten at the 2015 Olympia and Arnold Sports Festival.

In 2016, Gillon turned in one of her best seasons, starting with an impressive third-place finish at the Arnold Classic Australia. She followed up with a dominant win at the Pittsburgh Pro two months later. Then, she got a third place at the New York Pro and made the podium at 2016 Olympia in third place.

Having narrowly missed the top spot, Cydney Gillon returned with a vengeance in 2017 and finally won her first Olympia title. She set a new gold standard for the next wave of Figure competitors and proved to be a commanding champion, holding on to the throne each year since first winning it.

Gillon started the year with a win at the 2022 Arnold Classic. She went into the Olympia contest looking to extend her lead at the top with a sixth title. Besides veterans like Natalia Soltero and Jessica Reyes Padilla, Gillon was also tasked in fending off Lola Montez and Jossie Nathali Alarcon Becerra.

In the end, Cydney Gillon came out on top once more and etched her name in the history books as the winner of the Figure division at the 2022 Mr. Olympia. To celebrate the monumental achievement, she took down a tasty cheat meal.

In a recent YouTube video, Cydney Gillon shared her process for incorporating cheat meals effectively into her strict diet.

Gillon came up with the concept of ‘food festivals’ after taking a week off following the Olympia. She defines a ‘food festival’ as a window of time where she can eat whatever she wants for a 24-hour period.

“If I’m trying to be the best, you don’t really have a chance to take a break from that. You can find nuances where you’re getting a little bit more freedom in there but at the end of the day you kinda have to love the process from start to finish. If you want to be the best you have to do what others will not do.”

“Food festival means for a certain period of time, whether that’s four days or five days, I eat whatever I want, as much as I want, all day long from 12 o’clock start of the first day to 12 o’clock end of the next day. That is food festival.”

For Gillon, cheat meals serve as a mental break, so she can recharge for her next pro show. She cautioned against binging on junk food and likes having the freedom to choose between different foods to eat while away from competition.

RELATED: All Figure Olympia Winners Since 2003

While her cheat meal process may seem unorthodox, there is no arguing against the success she’s had over the past several years. As a six-time Figure Olympia winner, Gillon has her eyes on a seventh title in 2023.