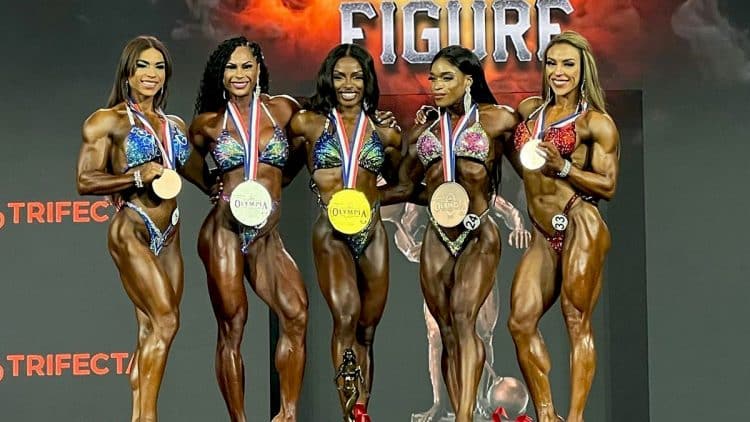 Cydney Gillon has won her sixth Figure title at 2022 Olympia contest, which took place from December 15-18, in Las Vegas, Nevada.

Many considered this contest to be flying under the radar but that all changed during prejudging. A slew of contenders emerged as frontrunners early on, including Jessica Reyes Padilla, Stephanie Gibson, and Natalia Soltero, whom all brought impressive packages.

However, most of the attention was on Cydney Gillon this weekend. After all, she’s been crowned Figure Olympia from 2017-2021. And out of all the previous contests, it seemed like she was pushed more than ever by a number of competitors this year.

Check out the official Figure Olympia results below!