Discover the training and diet that have catapulted Daisy Keech to the ranks of a superstar fitness influencer. 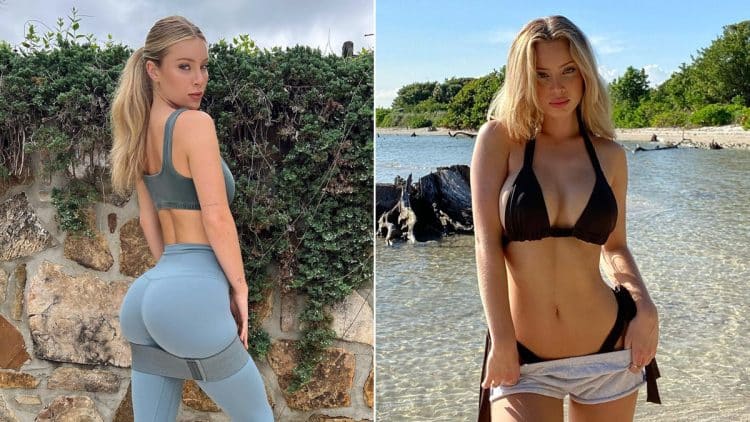 Daisy Keech is one of the most popular social media fitness influencers. She’s got millions of followers on YouTube, TikTok, and Instagram, and she is an inspiration for countless young women worldwide. In this article, we will break down Daisy’s famous bubble butt workout routine and her diet and supplement routine.

Daisy Keech was born on Aug. 12, 1999, in Los Angeles, CA, and played soccer as a youth. She didn’t like school and dropped out in her mid-teens. Around the same time, Keech discovered fitness and fell in love with the workout lifestyle. It was then that she set her mind on becoming a fitness model.

In 2017, Daisy secured a part in the movie Six Feet Under. She began posting pics on Instagram in 2018. Her photos garnered a broad audience, and Keech quickly gained a following of more than seven million people. In 2019, Daisy joined TikTok, posting dancing and lip sync videos. These became viral, allowing her to build a following of 7.1 million people.

Besides being a social media fitness influencer, Keech is a fitness model. She endorses several brands, including Fashion Nova, Manscaped, Bang Energy, and Ko-Watches.

In 2019, Daisy became part of a collaborative group of social media influencers called “The Hyper House.”

Daisy learned early on how important nutrition was to achieving her body transformation goals. As a teenager, Keech avoided junk food, processed carbohydrates, and high-sugar foods.

To achieve her initial goal of adding lean muscle mass to her body, she increased her protein intake. Daisy eats a gram of protein for every pound of body weight to build and retain her lean muscle mass.

Daisy prefers eating vegan foods though she is not a strict vegan and will eat the occasional cut of meat. She tries to eat the recommended ten servings of fruits and vegetables every day. Smoothies, salads, and juices are also her favorites. Daisy is a big advocate of staying hydrated and drinks a gallon of water every day.

In her social media posts, Daisy encourages her followers to balance their workouts and nutrition. However, she doesn’t shy away from a cheat meal and occasionally indulges her sweet tooth.

Daisy has an allergy to eggs and peanuts. She is also lactose intolerant and uses almond milk in her smoothies.

Here is what a typical day’s worth of eating looks like for Keech:

Before she began exercising, Daisy was underweight. She started training with the goal of building muscle. Her body responded quickly, with her booty and abs being standout areas of development. She has developed a strong mindset that has allowed her to maintain the consistency and dedication required to develop a world-class fitness model body.

In addition to resistance training, Daisy does HIIT training to burn off body fat and stay in top aerobic condition. Her favorite cardio machine is the Stairmaster.

Daisy loves hiking and power walking. She gets in multiple 45-minute walks per week.

Here is Daisy’s go-to ab workout, which she does three to four times per week:

Daisy does this workout as a circuit, where she moves from one exercise to the next without any rest in between sets. After completing all seven exercises, she rests for two minutes and then repeats the circuit.

Daisy tailors her arms training to build toned and athletic guns. To achieve that goal she does the following simple circuit:

Daisy completes three sets of this circuit a couple of times per week.

Here’s the circuit Daisy follows to sculpt her shoulders:

Daisy’s bubble butt workout has become quite famous on social media. The HIIT-style workout includes performing an exercise for 40 seconds and resting for the next 20 seconds before jumping to the next movement.

Keech’s bubble butt circuit workout includes two minutes of rest at the end of the circuit. She does three rounds of this workout.

Whey protein is the only known supplement Daisy takes. She has a whey isolate protein shake after every workout to provide her muscles with the amino acids needed for protein synthesis.

Daisy Keech is a great example of a fitness influencer who has built a huge following without going to extremes. Her balanced training, diet, and supplement routine represent what living a healthy and fit lifestyle is all about.

The Hierarchy of Successful Hypertrophy Training