If you have been paying attention during this little Vs series, at least my intention was that it would be little but it is turning into much more than that now, then you know that every week since the first edition I have been putting two exercises into the ring and letting them duke it out to declare either a winner or a draw. This week is going to be a little different. It’s time to step this Vs battle up and throw three different exercises in the cage and see which one survives and can be declared The Ultimate Back Building Exercise. This week it’s the deadlift vs the pull up vs the barbell row.

I’m going to start by looking at the advantages of each exercise and I’ll begin with the exercise that I’m sure most of you consider the clear-cut favorite: the deadlift. The deadlift is a multi joint, compound movement (all three exercises are and that’s the first and last time I’ll mention that fact) that works the muscles of the upper back to a degree as the shoulders and spine must be held in place during this extremely taxing lift, but the deadlift is much more a lower back exercise than it is traditional back building one. The other muscles involved include the quads, glutes, hamstrings and the calf muscles.

Many compare the deadlift to the squat, but the squat has a much greater range of motion than does the deadlift as the thighs do not start or finish below parallel as in the case of a properly executed squat and the barbell rests on the floor between reps as opposed to resting on the shoulders/back as again is the case with the squat. The initial drive from the quadriceps muscles provides the momentum to begin the deadlift and then the load transfers to the spinal erectors and the hamstrings in order to continue the pull and straighten the legs to complete the lift. This is not to say that the deadlift is not comparable as a mass builder to the squat, but that Vs battle is one that will be taking place shortly.

That leaves us with the pull up and the barbell row. Let’s first look at what many refer to as the upper body squat: the pull up. The pull up works the largest muscle of the back, the latissimus dorsi. The lats are what every bodybuilder wants to develop to their fullest as when they are built to their potential they resemble wings and dramatically emphasize the V-taper that so many of us seek. They do, however come up short in working many of the other back muscles, such as the traps, and they also are not known for building back thickness. The muscles of the lower back are literally asleep during the pull up so to call this exercise the ultimate back builder would be a mistake. The second victim of the Vs cage match is the pull up.

The exercise that will leave the arena wearing the heavy weight belt declaring itself The Ultimate Back Building Exercise is the bent over barbell row. The barbell row is in fact considered primarily a lat builder, just like the pull up is, but that would be selling the barbell row short as the muscles of the lats, rhomboids, posterior deltoids and erector spinea are all heavily involved. In short, the muscles of the back, from top to bottom and side-to-side are all recruited to complete every rep during a set of bent over barbell rows.

The lower back is worked thoroughly as those muscles must work against the weight of the barbell in order to retain the spines natural shape. Also of note is the middle traps, an area of the back difficult to target, gets a great workout as they are responsible, along with your rhomboids, to draw your shoulder blades together to give a stable base of power from which to generate force from. The barbell row also trumps the pull up in that it builds lat thickness as well as width.

I’m going to state the obvious now and that is that all three exercise combined make for a great back workout. If you only did those three you really would be doing all you need to do to build a complete wide, thick and strong back. Variety is of course the spice of life and therefore training, so exercises like pulldowns, dumbbell rows, cable and machine work can always be included to push the envelope a little further. Make no mistake though, if barbell rows haven’t been given the priority that they should be given in your current training regimen then it’s time for you to look at your program and make sure that they are. Until next time my friends,

Fat Burners: Myths, Lies and Everything You Need To know 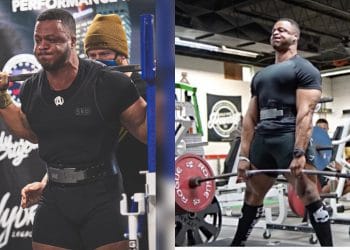 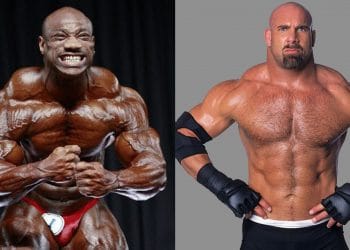