While there was speculation about Brignole's death, L.A. County Medical Examiners-Coroners have confirmed it was caused by a Covid-19 infection. 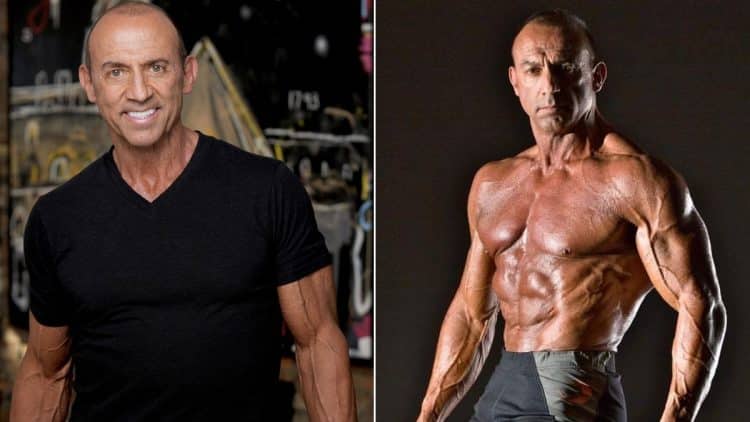 Bodybuilder Doug Brignole tragically passed away a few weeks ago at the age of 63. Recently, new details have emerged about his cause of death, which L.A. County Medical Examiners-Coroners have confirmed was brought on by a Covid-19 infection.

Earlier this month, Doug Brignole shook the bodybuilding community after reportedly passing away in his sleep. In April, the celebrated author and athlete shared a message on Facebook explaining his experience getting the Covid-19 vaccine. The FDA introduced this measure in the U.S. around August 2021 to combat the Coronavirus pandemic.

“I’m vaccinated ! Well, the first of two,” the post reads in part. “Let’s get this done so we can get back to traveling, going to concerts, and having fun. My vaccine was yesterday, and I had no problem with it,” said Brignole after getting his first shot.

I'm vaccinated ! Well, the first of two. Let's get this done so we can get back to traveling, going to concerts, and…

As a result of getting his first vaccine shot, users on Facebook questioned his decision, prompting the comment section to discuss the vaccine’s efficacy. Days after the inoculation, Doug responded to those doubting the vaccine’s effectiveness.

“I have enough confidence in the vaccine, based on my research, to get it done,” Brignole replied to a Facebook user who questioned his decision. “Those of you who think the vaccine kills people can use me as a test. If I die, you were right. If I don’t die, and have no ill effects, you were wrong, and should admit it – at least to yourselves.”

And while plenty of people have linked Brignole’s death with his comments about the vaccine, the Los Angeles Medical Examiner’s office is adamant that his demise was actually caused by a Covid-19 infection.

In response to Brignole’s sudden passing at 63 years old, the public implied that the Covid-19 vaccine likely played a role in his death.

“Then I guess you made the case for us! We were RIGHT not to take the vax! That’s why he is dead and we are Not,” reads the caption of an Oct. 22 Instagram post.

Despite the speculation, the Los Angeles County Medical Examiner-Coroner public records show that he died from a Covid-19 infection, not from the vaccine.

Doug’s death was the latest to send shockwaves through the sport. With a number of bodybuilders dying as of late, athletes are urging others to practice the sport safely. This year saw former Arnold Classic winner Cedric McMillan die at 44. A few months ago, popular IFBB/NPC judge and bodybuilder Jerry Ward passed away as well.

Even though Brignole never competed in the NPC or the IFBB Pro League, he left a lasting mark on the sport. He spent the majority of his career in the Amateur Athletic Union (AAU) and the National Amateur Bodybuilding Association (NABBA). During his heyday, Doug’s most significant victories came at the 1982 AAU Mr. America in the medium tall division and at the 1986 AAU Mr. Universe in the Light Heavyweight category.

Brignole, a respected author and bodybuilder, died on October 13, 2022, from Covid-19, according to public records. In addition, officials shared that Brignole was suffering from Atherosclerotic Cardiovascular Disease (a condition that causes arteries to narrow which restricts healthy blood flow). At the time of this publication, there is no evidence to support Brignole’s death was caused by the Coronavirus vaccine.