With a growing number of deaths affecting the sport of bodybuilding, Kali Muscle revealed his stacks and discussed his experiences using steroids. 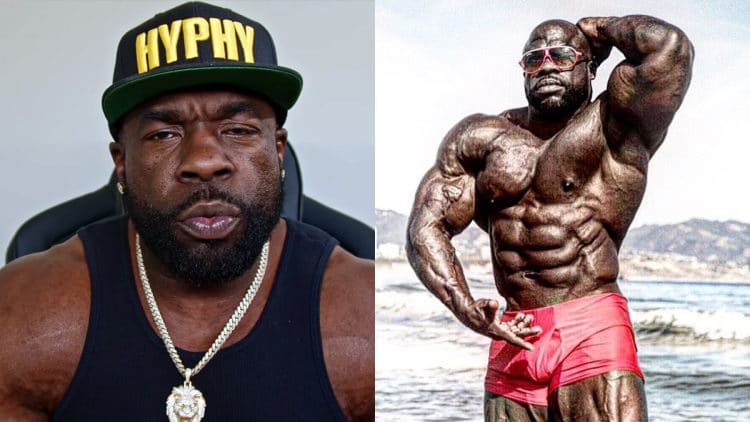 Fitness icon Kali Muscle has joined the crusade against steroids as bodybuilding continues reeling from a series of tragic deaths in the sport. In a recent video, Kali Muscle provides an in-depth look at steroids and how they impacted his health and career as a bodybuilder.

Kali Muscle has made waves as a bodybuilder but amassed a gigantic following on social media and YouTube. He parlayed his experience in Hollywood after nailing a couple of film/TV roles. Featured in Wonder Woman and The Dog Who Saved The Holidays, Kali has proven that his work ethic goes beyond his passion for training and staying fit.

Kali suffered from a heart attack last year. The popular influencer said that it was caused due to his left artery being 100% clogged. While the issue has been rectified, Kali is concerned with how many bodybuilders have been dying lately. 2018 Mr. Olympia Shawn Rhoden passed away from a heart attack last year. Before competing at 2021 Mr. Olympia, Dallas “Big Country” McCarver died suddenly in his hotel room due to heart complications. Last month, tragedy struck as Cedric McMillan passed away at 46, prompting more athletes and bodybuilders to address the situation and discuss how steroids are impacting the sport.

“Coming from a ghetto-thug mentality, I was still scared of the effects, my health and things like that but what it did, overrode my fear of it. So, at this point I decided to do a bodybuilding show when he started. He talked me into it, ‘you should do a show, you should do a show’.

Six months in I decided to do the show, 2009 Contracosta bodybuilding show. So I did that show and won, but after the sus, deca, d-bol, and I stacked that and so when I was getting ready for that first show I just got on like test and Enathate and Winstrol, and I would take an anti-estrogen Remedyx. So that’s what I did my first show on and I won.” Kali Muscle said.

Kali started taking Clenbuterol as his immediate goal was to look as shredded as possible.

“So 2010 comes and I moved to L.A. so I want to become a Pro bodybuilder. So during this time, let me rewind back a little bit. During the time of me doing these bodybuilding shows, I studied a minimum of eight hours a day. I bought all the anabolic books, I was on Google eight hours a day because everyone does the same workouts, everyone does the same supplements, it’s how you stack the PEDs, you know what I mean. T

hat’s what’s going to cause the look you want or the look that you’re trying to achieve. So with me, I knew I wanted to stay full but look shredded. So I had to try Clenbuterol, I had to try T3 and I was experimenting basically.”

Kali admits he was unsure of what he was doing when taking steroids years ago. He studied anabolics online and read books to facilitate the process.

“I didn’t know what the heck I was doing. I didn’t have no advisor, the guys I knew were amateurs that were guessing as well. So, I remember this one time I experienced a bad infection. My partner or guy I knew gave me some testosterone and all of a sudden a boil had came on the side of my hip. I immediately knew it was from bad juice. I knew it was from bad stuff. That thing got big right here on my side, I still got the scar to prove it. (points to scar).”

“Right then I got more scared but of course, because of the muscle because of the strength, the look… I proceeded on. In 2010, I moved to Los Angeles wanting to become a Pro bodybuilder. So I kept studying, kept getting these books online, researching everything. I had got to the point where I looked good. I was big, 260-lbs, one time I got up to 270-lbs.”

After getting up to 270-lbs, Kali Muscle remembers having a close-call while using Insulin. He was helping his friend move, underwent a health scare, and felt better after eating a Snickers bar to spike his sugar.

“What happen was, I ate a lot of carbs. I went to go help move this stuff out of this person’s apartment to help my then-family. All of a sudden I got dizzy, I started sweating. I’m like ‘oh man I’m about to go into a coma’. They call it a diabetic coma, so I’m huffing and puffing, drenched in sweat. I had to tell my friend that was with me at the time to go get me a Snickers bar. I got the Snicker’s bar and after about 10-15 minutes I got back to normal.

Kali went on to share his off-season stack and the regimen he utilized before entering bodybuilding shows.

“So that was my off-season stack. Enathate, Tren 1600, sometimes Anidrol, sometimes D-bol, Remedyx, that was my stack. So getting ready for shows, I would do Test, Propofol, Tren, Ace, Winstrol, Anivar, Clenbuterol, T3, and sometimes, well Lasix and water pills if you’re getting ready for a show. That was my stack man. I never did Synthol. I never did anything to pump up my muscles for a day or anything like that. After a show I would get off everything. I would do nothing. I would come off everything. Do Clomid, and HCG when I would come off.”

Kali has led a tumultuous life and at one point served time in prison. According to Kali, he is uncertain if his bad eating, prison time, and/or steroids served as contributing factors to his heart attack.

“That’s basically my experience with roids. Of course, the question is, did it cause my heart attack. You know, doctors never know the cause. It could have been being in prison 11 years, eating top ramen, eating bad food as a kid. I ate bad food all my life, so that could be the cause, or it could be caused by the steroids. Trying, experimenting with all that stuff. It could be a combination of both right, we don’t know. Luckily, I just experienced just one clogged artery.”

“When you try roids, it’s addictive, like any other drug.”

Kali Muscle stresses the medicinal value of steroids, like the positive effects it brings to someone struggling with AIDS. However, he highly suggests anyone who wants to use steroids, seek medical advice from a professional first.

“It has its medical use man. That’s what it’s for. It’s not to be abused which most bodybuilders fitness people do. There’s no benefit. I mean we all want to look good, jacked. I know a lot of people who say it’s easy for me to say that. I’m just telling you my experience. Nobody else have gave an in-depth overview like what I’m doing for you guys now. I understand a lot of people say their natty or not. I never said I was natty. Everybody assumed I said it. Nowhere in the world did I say I was natty. If I did, it was trolling with the trolls.”

“I experienced a heart attack and lived through it. I would be a fool and an idiot not to express this stuff talking to you guys.”