Eddie Hall fires shots at Hafthor Bjornsson in the comments of a recent post from Brian Shaw, further adding fuel to their rivalry 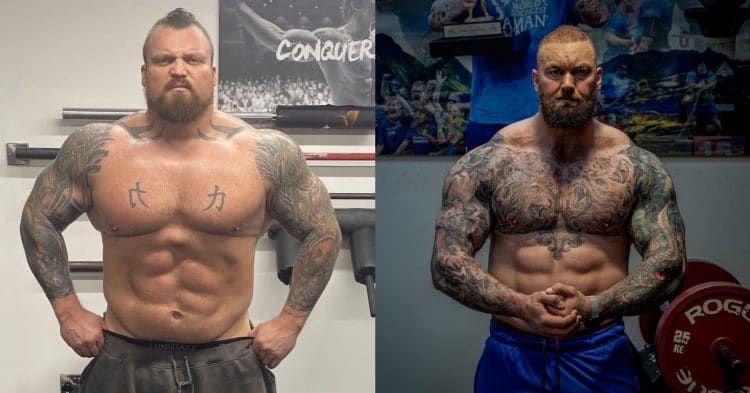 It is not breaking news to say that Eddie Hall and Hafthor Bjornsson do not exactly like each other. However we got to see that beef unfold in real time after the two went back and forth recently.

The disdain between Hall and Bjornsson has existed for years, only growing worse with each passing moment. It began with a disagreement on the strongman field, with Thor believing and vocalizing that he felt like Eddie cheated him out of a victory at the World’s Strongest Man, but only grew after the Icelandic champion took the world record deadlift from Eddie.

However now they look to settle their grievances outside of the world of strongman, with both men having retired from that sport. Instead they have signed to face each other in the confines of a boxing match, with both men focusing on training for this new sport, getting better at an exponential rate.

While they are not set to fight until September, Eddie Hall and Hafthor Bjornsson have spent many months training, while talking trash to each other. At each opportunity that presents itself, neither man hesitates to throw shade at one another.

That was on full display recently, after fellow strongman Brian Shaw shared a post to his Instagram. It began innocently at first, with Brian looking back upon the time where he won the World’s Strongest Man for a third time.

Great memories winning my third World’s Strongest Man title on this day back in 2015!

In the comments of this post Thor, who scored third at this 2015 World’s Strongest Man, left a message for Brian. He wished the four time WSM winner good luck in his attempt to capture a fifth title at this year’s contest.

However it seems that Eddie Hall did not take too kindly to this, replying to Bjornsson’s comment. Here, he called out the former champ for accusing Brian of cheating during a deadlift event, and did not mince words with how he feels about his rival.

Take your fake good luck and f—k off!” Hall responded.

“@eddiehallwsm stop being so hard behind the keyboard Eddie. Focus on your training mate! See you soon. 💥🥊” Thor retorted. 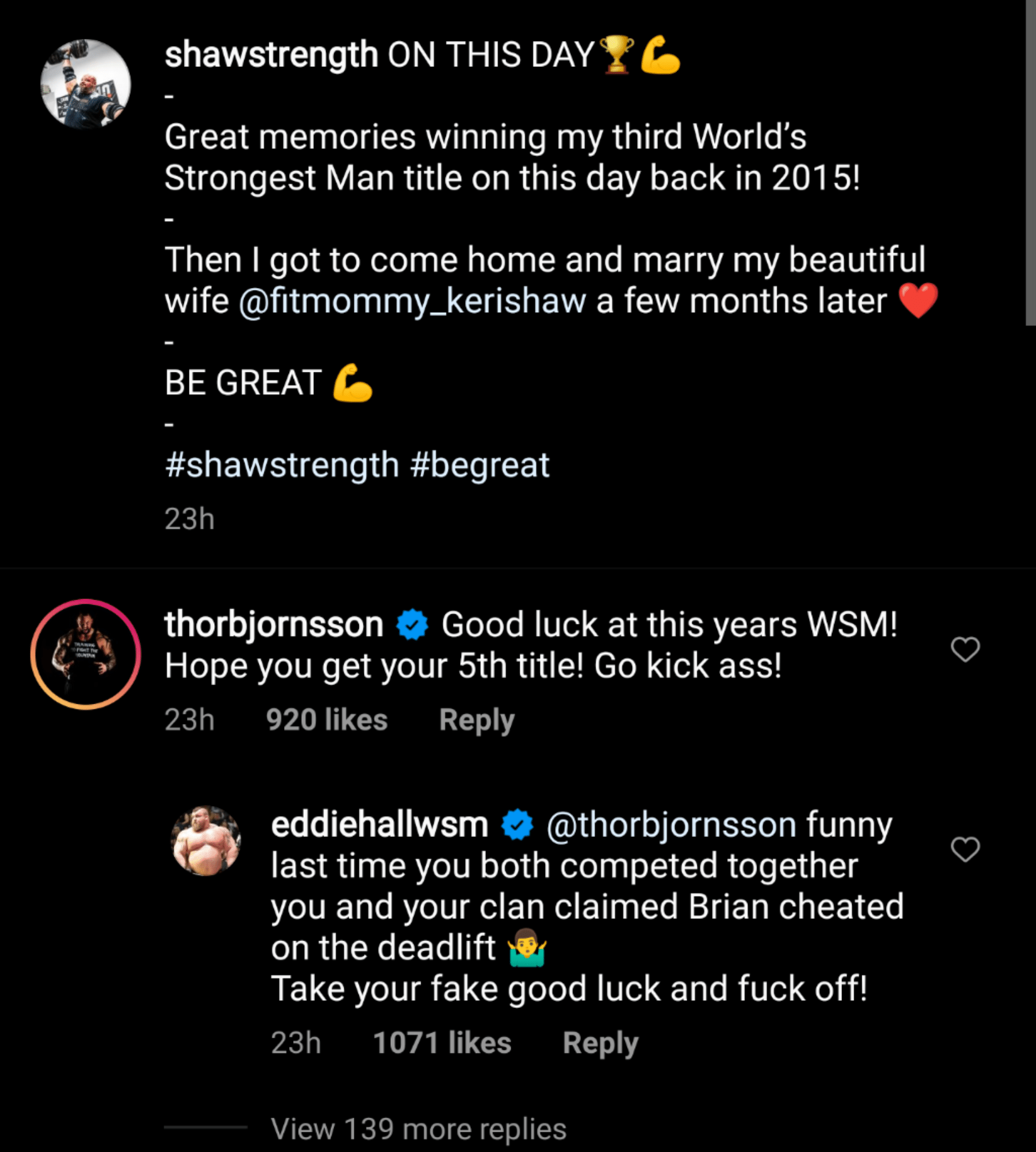 At the time of writing, Brian Shaw did not respond to this back and forth between Eddie Hall and Hafthor Bjornsson. While Eddie is certainly his friend, Brian has tried to stay relatively impartial and kind to both men throughout this build up.

Either way, both men will have the chance to settle their beef in the boxing ring this fall. Until then, you can certainly expect more back and forths like this.