Fikowski And Thorisdottir Open Up About Being Cut From Games 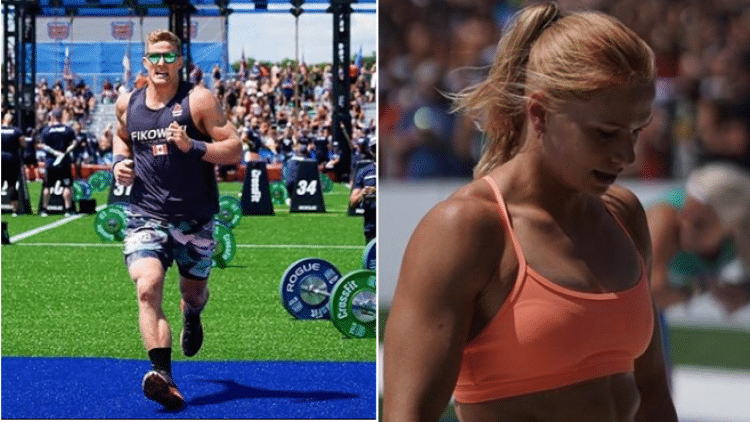 The 2019 CrossFit Games wrapped up a few days ago, and saw previous champions win on both sides. Brent Fikowski and Annie Thorisdottir, two of the athletes who did not perform as well as they’d like, have opened up about their losses.

Going into the competition, it was excepted that Brent Fikowski would preform really well. He had scored a 4th, 2nd, and 4th place in his last three outings at the CrossFit Games. However, he surprisingly was cut after finishing in 28th place.

Fikowski did not the best showing at the event. He stumbled during some events, and this cost him some points. With the new scoring system in place, it is important to do well in every event, to earn as many points as possible.

Here is what Fikowski had to say on his blog, about getting cut from the event.

“Obviously this isn’t the placement I was hoping for after coming 4th, 2nd, 4th in the world the last three years. I put pretty high expectations on my own performance and you probably won’t find a more harsh critic of this weekend than myself.

However, I finished the day in good spirits. After the last event there were no tears, and really not much frustration, it was really just a submission to the result.

It’s so far been a really quick weekend. Its felt a little different than the other years, each event has had a cut and any slight weakness in the capacity that these events tested has cut athletes. I’ve come away from this weekend with 5 workouts. I probably executed perfectly to my potential on I would say 3 of them.

The run, I could have maybe gone a little faster for a few more points. Obviously I’ll look back on the handstand walk workout in Event 2, falling near the finish line, was pretty detrimental, lost quite few points there.

However those mistakes, I can’t really dwell on them as I’m sure by the end of the weekend every athlete will have just as many, or more than that.

There’s still athletes sitting near the top that have made a fair number of mistakes already this weekend, and they’re doing just fine.

It doesn’t mean I can take away from the competitors ahead of me as they’re having great runs this weekend, all showing their fitness and their capacity, and their ability to perform in what has been so far a very unique CrossFit Games. And a very challenging one, both mentally and physically”

This is a very insightful look at his performance.

On the women’s side of the event, Annie Thorisdottir also let some fans down. She was going strong, at first. However, the Ruck Event was really her weakness, as she finished that event in a massively disappointing 40th place.

This was similar in ways to some other times where she did not perform at her peak. In 2015, Thorisdottir was forced to remove herself from competition at the Murph, due to heat exhaustion.

Despite this, people were excited to see how she would perform in the challenges this year.

Speaking with Rory McKernan, Thorisdottir explained just how disappointed she was in herself for how she competed.

“Well I was pretty consistent through all the events except for that Go Ruck, which was a complete disaster for me.

“When I get to that stage I thought, well two more (athletes) going past me is worth it because I will be able to survive the rest of the weekend.

I’m the mentally strongest I’ve ever been. I’m physically in the best shape that I’ve ever been going into the CrossFit Games. I am one of the fittest women in the world right now. I am in a really good place and I don’t want it to sound cocky it’s just the truth.

I’ve worked my ass off and I’ve failed myself. In the Ruck Event I ended up taking 40thplace and it’s outrageous that I started walking. That’s one of the things you never do. That’s mental give up.

She really does have a lot to work on mentally, to get back to the top.

The 2019 CrossFit Games was amazing. However, it is sad to see Brent Fikowski and Annie Thorisdottir letting themselves down. Hopefully they will bounce back and be better than ever.

The 2021 CrossFit Games wrapped up over the weekend, and after a hard fought week of competition, Annie Thorisdottir ended...

Throughout the first two days of the 2021 CrossFit Games, two-time Fittest Woman on Earth® Annie Thorisdottir had been consistent...