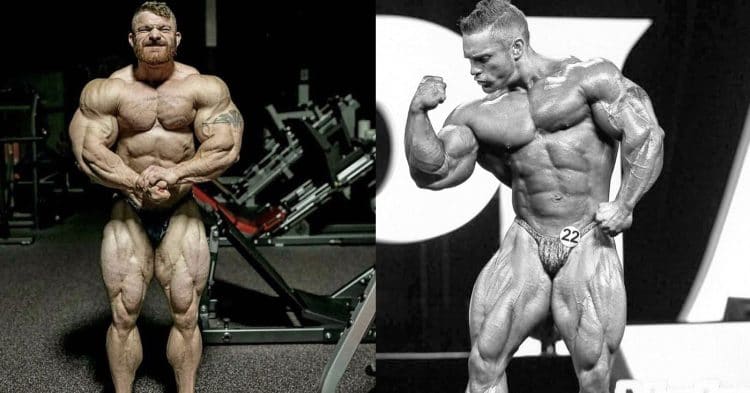 As a consecutive 7-time winner of the 212 Olympia competition, many have been curious as to when Flex Lewis will try his hand in Men’s Open bodybuilding. According to Chief Olympia Officer, Dan Solomon, Lewis might have to earn his way into 2022 Mr. Olympia as Solomon mentioned on Instagram Lewis remains a 212 division qualifier only.

Despite 2022 Mr. Olympia not happening until the end of the year (Dec. 16-18, 2022), fans far and wide are eagerly waiting to see who will grace the biggest stage in the world of bodybuilding. The pivotal show goes down at Planet Hollywood in Las Vegas, NV.

Flex Lewis received a special invite to compete in the 2020 Mr. Olympia but declined the invitation due to health and personal matters. While Lewis is eligible for life to compete as a 212 competitor at Olympia, his entrance into the Men’s Open division still remains uncertain.

The Men’s Open division is the main event of 2022 Mr. Olympia with some pretty huge names attached to the show. Two former champions will make their anticipated returns when Mamdouh “Big Ramy” Elssbiay and Brandon Curry look to re-establish themselves as the juggernaut of the Men’s Open division. You can also expect 2021 Arnold Classic winner Nick “The Mutant” Walker to make his return to the big stage, as well as top contenders, Hadi Choopan and Hunter Labrada.

In a recent story post on Instagram, Dan Solomon revealed Lewis’ current qualification status for 2022 Olympia. It appears Lewis is not qualified to compete in the Men’s Open division, however; the bodybuilder is still eligible to compete in the 212 division for life. 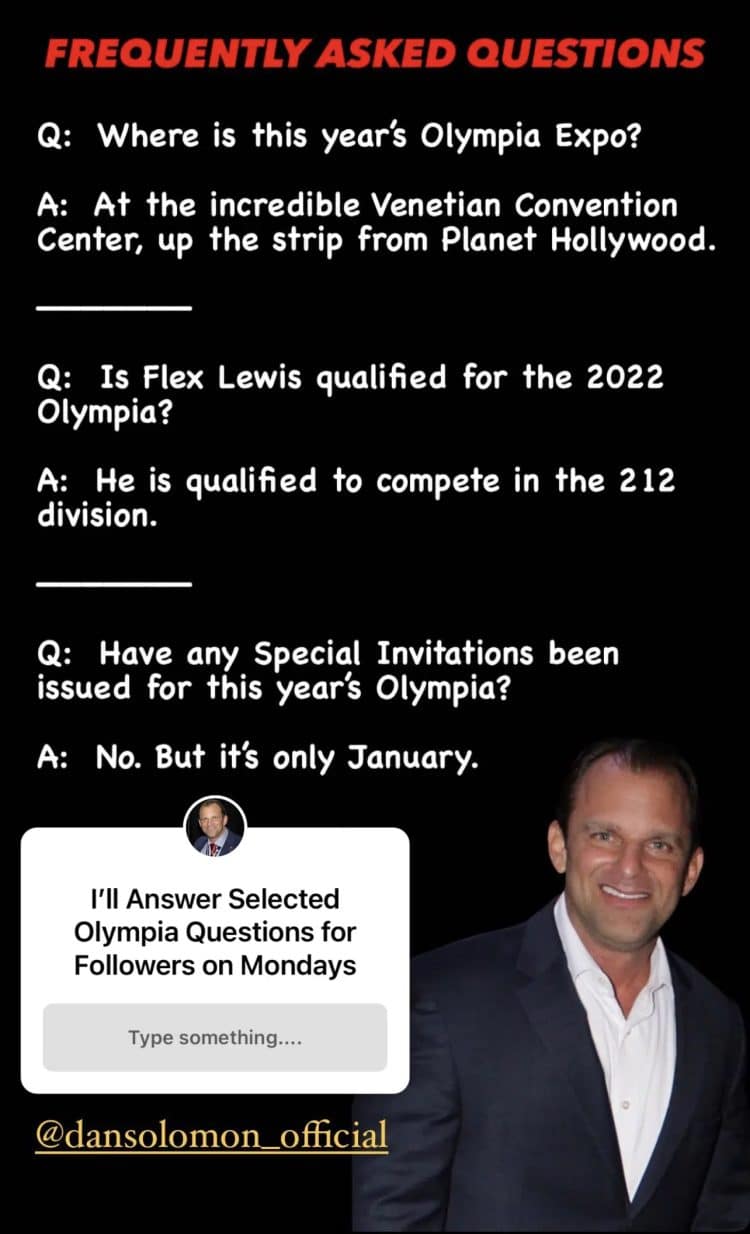 Following the story, fans flocked to the social media platform wondering if Lewis would indeed have to earn his spot if he intended to compete in the Men’s Open division. In previous years, special invites were given out, though none have been given for this year since it’s only Jan.

Flex Lewis previously stated he is not retired from bodybuilding and wants to return to the Olympia stage to compete in Men’s Open division despite retiring from the 212 division in 2018. With new motivations in mind, if the bodybuilder receives a special invite or qualifies by competing in a show before the 2022 Mr. Olympia, Lewis intends to make a big splash in Men’s Open at Olympia this year.

There are actually two other men looking to do the same thing as Flex Lewis. 2020 Olympia 212 Champion/2021 Legion Sports Fest winner Shaun Clarida and 2021 Big Man Pro winner Angel Calderon both intend to make the switch to Men’s Open bodybuilding too.

The bodybuilder known to push the limits at the gym looks to be in limbo as of this writing. It remains to be seen if he will be a competitor in the 2022 Mr. Olympia Men’s Open division. 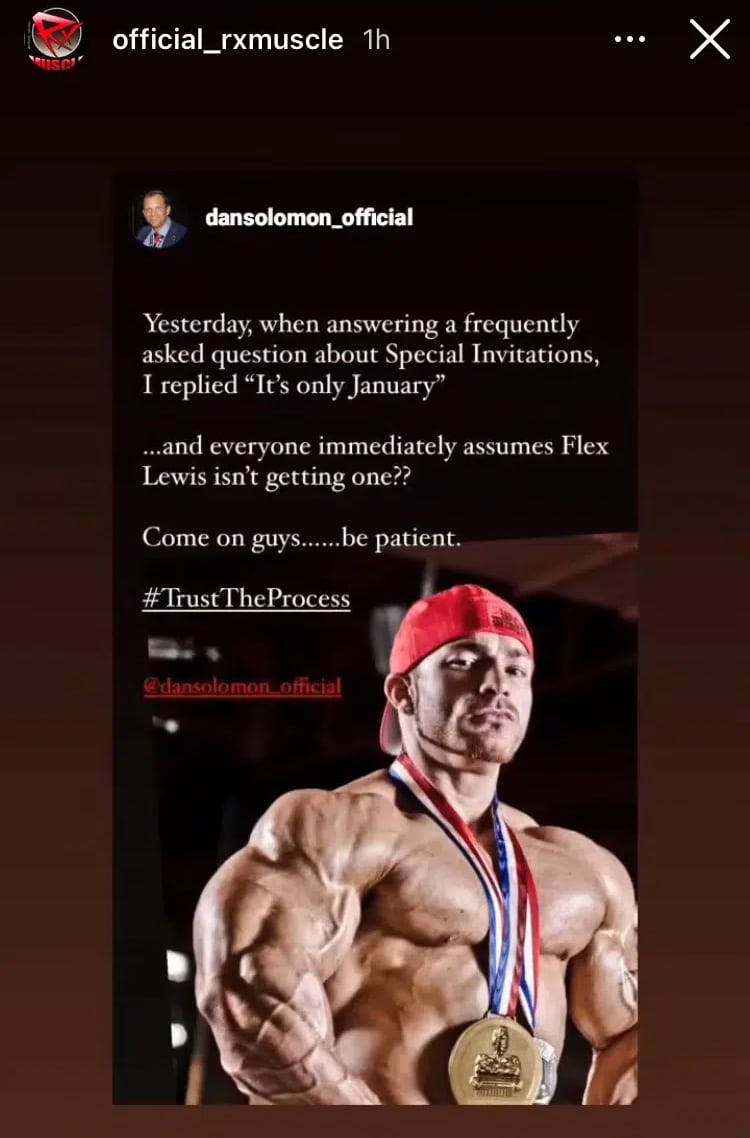 Flex Lewis has a work ethic that not many of his peers can keep up with. The popular bodybuilder is revered for running extensive workout routines. The 212 kingpin has shared some of those intense workouts that have steadily seen him turn into the hulking bodybuilder that he is today.

With still plenty of time until 2022 Mr. Olympia, Dan Solomon underlined that the year just started. Given Lewis’ accolades in the 212 division, it seems the world is ready to see Flex Lewis try his hand in a new division full of titans.

2022 Musclecontest Sao Paulo is an Olympia qualifier, which was held on Saturday, May 21st in Sao Paulo, Brazil. The...