Graham Hicks will not take part in 2022 Britain's Strongest Man due to injury. 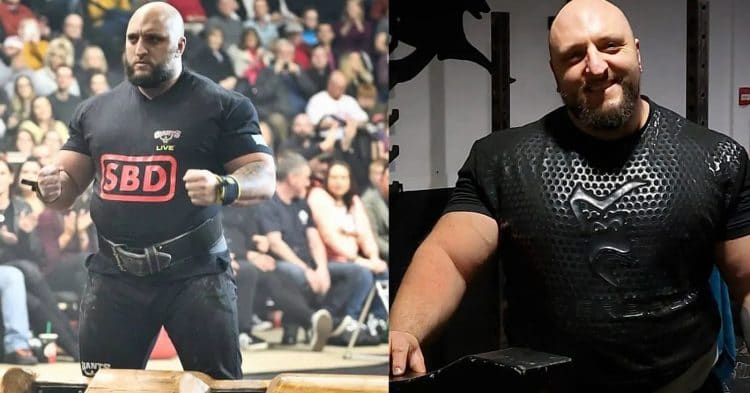 Graham Hicks announced that he will not compete at the 2022 Britain’s Strongest Man (BSM), which is scheduled to happen on February 26th, 2022, at the Utilita Arena in Sheffield, England. This is because of a groin injury, which has been haunting him for over a year, but Hicks always found a way to train around it. Having won the 2019 Britain’s Strongest Man, Hicks was definitely a valuable asset to the stacked lineup of this year’s edition. He didn’t get a chance to defend his title at the 2020 BSM because of an undisclosed injury.

Hicks posted the announcement on his Instagram and YouTube accounts, and while on his way to the doctor’s appointment, he brought us up on finer details of the injury. In the rest of the video, Hicks revealed his full physio session.

With less than 4 weeks until the 2022 BSM, Hicks explains that the pain is preventing him from training for the competition:

“At the moment, I’m not able to train in any of the events without significant discomfort.”

Hicks then continued, and said that he will do everything his doctor says, as he has been dealing with this injury for a very long time, and it does not feel good.

“Gotta make sure I do everything in my power to get myself right,”

In the next part of the video, we can see Hicks struggling and limping his way into the doctor’s office. He also pointed out to his doctor that he struggles with some exercises. After which, his physio session started.

“I trained yesterday, and I still can’t squat.”

The doctor assumes that Hicks tore a muscle just underneath his tendons. This would mean that it is repairable and that he won’t need surgery. The doctor also explains that it was possibly a smaller injury, which turned serious after some heavy training. Hicks then confirmed the possibility of that.

“I had not felt any pain in it until I started to push on my squats.”

We can see the severity of the injury at some points in the video, as Hicks can’t even hold his leg up or move it side to side.

“It’s the worst injury that I have ever endured.”

Hicks also inquired about a shoulder mobility problem, but that does not seem too serious.

Graham Hicks was one of the favorites for the podium, having placed third at the 2021 Britain’s Strongest Man.

Although Hicks has to skip this competition, he hopes to compete at 2022 Europe’s Strongest Man, at First Direct Arena, Leeds on April 2nd, 2022. His doctor also believes that his injury will heal by then.

Courtesy of Graham Hicks YouTube Channel, you can watch the full video here: