Despite the status of his U.S. Visa still being unclear, Hadi Choopan shows off his crazy physique in an update one week from the Olympia 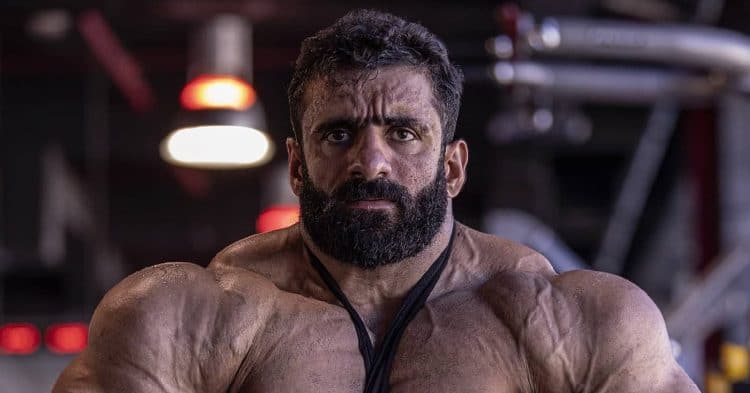 The 2020 Mr. Olympia is just over a week away, and Hadi Choopan is still not entirely confident in his ability to compete. Nevertheless, he is still prepping like he is competing, and he looks intense as the competition approaches.

When Choopan competed at the 2019 Mr. Olympia, it was his first time stepping on the Olympia stage. He certainly lived up to the hype with his third place score, leading to fans excited to see how he would look moving forward. Unfortunately the problem that had prevented him from competing at the Olympia prior, again seems to be standing in his way: getting his U.S. Visa.

Hadi Choopan has traveled to the UAE in preparation for being able to get through the travel restrictions for getting into the United States, but he is still in limbo when it comes to getting approved for his Visa. He has consistently updated fans on the status of things, and seems hopeful, but the time is ticking down before the Olympia starts. In fact, earlier this week it seemed that he was approved, after he posted to his Instagram, but unfortunately he confirmed that this was an old photo from when he was given his Visa last year.

Now that being said, just because Choopan is not quite approved for his Visa, does not mean he is taking his foot off the gas in his prep for the 2020 Mr. Olympia. He recently posted a picture to his Instagram showing off his legs, and they were incredible enough to make jaws hang. Not only were his hamstrings enormous, but the vascularity throughout his thighs was off the charts.

“With the new day comes new strength and new thoughts. Strength and growth come only through continuous effort and struggle. You never know how strong you are, until being strong is your only choice. Calm mind brings inner strength and self-confidence, so that’s very important for good health. “

It will be extremely unfortunate if Hadi is unable to compete at the 2020 Mr. Olympia, especially given how insane he is looking in these recent physique updates. The Iranian bodybuilder is one of the best in the world, and has struggled to fully realize his potential in a lot of ways. So it would seem like a massive missed opportunity if we do not get to see him on stage alongside the likes of Phil Heath.

What did you think of this physique update from Hadi Choopan? Will he be able to compete at the Olympia?