Thor may be done with the big Strongman competitions for good 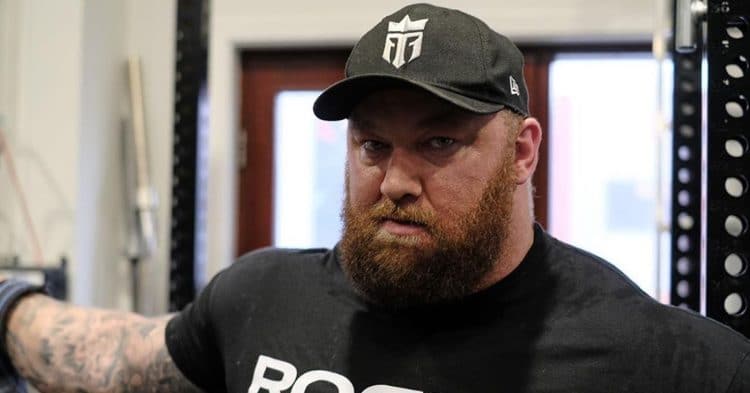 Hafthor ‘Thor’ Bjornsson recently broke the all-time deadlift world record by pulling an Earth-shattering 501kg/1105lbs as part of the World’s Ultimate Strongman. This lift made history as no other man was ever able to do what he did.

Although, he received a lot of opposition for doing it in his own gym and not in proper competition.

But immediately afterward, he called for that boxing match with fellow Strongman Eddie Hall who held the previous deadlift record of 500kg/1102lbs. Anyone who has kept up with these elite athletes knows they currently have a serious feud going on, and actually expressed interest in duking it out last year. Although, it died down a little. However, the date is now set as Hall agreed to meet Thor in the ring after things between them escalated even further.

Eddie Hall first said he wouldn’t count Thor’s lift because it wasn’t done in competition and he didn’t trust that the latter would do it honestly. So, Bjornsson responded via social media bringing up the face that he believed he was robbed of the 2017 World’s Strongest Man competition of which Hall won.

And although Thor went on to win the very next year, it still bothered him enough to feel the need to bring it up. So this has pretty much been an ongoing back and forth between the two and now they’ll get to settle this thing once and for all come September 2021.

Bjornsson said he wouldn’t compete in World’s Strongest 2020 Man not long after his record feat which was likely due to him preparing for the big matchup.

But the Game of Thrones actor recently took to Twitch (watch at 32:00 mark) where he answered fan questions and one popped up that caught his attention. It read… “So since you have to lose a lot of weight for boxing, are you done with World’s Strongest Man?”

“Those motherf****ers went too far and I’m done with this. I’m not competing for those guys ever again.”

He was asked if he’d do the Arnold Strongman Classic again and he said that he might. Bjornsson won the Arnold three years in a row and it’s a pretty huge event that takes place in Columbus, Ohio every year.

The video he was referring to was a documentary type film uploaded to YouTube Very recently that showed behind the scenes footage of the 2017 World’s Strongest Man competition with the title… “EXPOSED! Hafthor Björnsson & Referee CHEATING Scandal at The World’s Strongest Man”.

Bjornsson was obviously not happy that Giants Live had something to do with this video and therefore expressed his disgust.

The film surrounded the controversy about the Viking Press event, which also included Eddie Hall and head ref Colin Bryce. Hall actually responded to the clip on his YouTube channel of which he applauded the work.

You can watch the footage below…

The first World's Strongest Man competition was held in 1977 and was won by Bruce Wilhelm, who probably unknowingly made...