Hafthor Björnsson will partially be returning to Strongman, as he plans on breaking some more World Records. 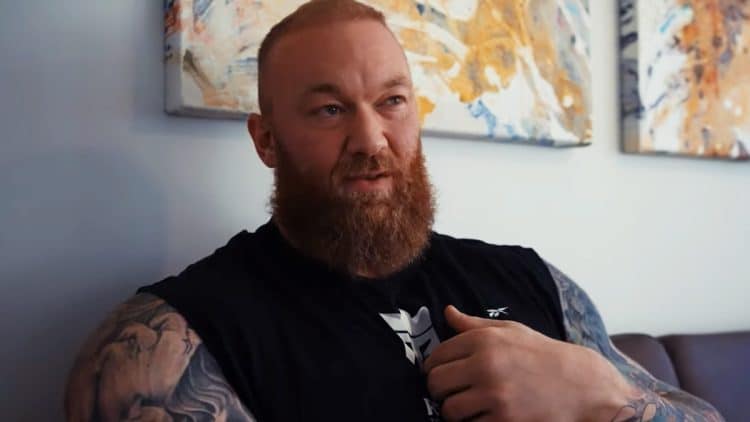 A surprising turn of events has occurred in regard to Hafthor Björnsson’s plans for the future, which sees the former World’s Strongest Man announce a partial return to Strongman. This news was revealed on October 17th, 2022, as Hafthor made a YouTube video in which he discussed his short and long-term plans for the future.

Hafthor Björnsson’s decision about his boxing career is clearly the most shocking takeaway from the video. According to Hafthor, he will not have another boxing match, despite his very impressive bouts against Eddie Hall and Devon Laratt. Furthermore, Hafthor has been rumored to fight one of the greatest boxers of all time, Tyson Fury, but it is highly unlikely that it will ever happen.

The first topic Hafthor Björnsson addressed in the video was his future in boxing, as many have been anticipating what his next move would be. As stated by Björnsson, he had the desire to fight Tyson Fury, but their teams were unable to reach an agreement.

“There was a possibility of us fighting… Now I’ve made the decision, a difficult and hard decision… to move on from boxing. To not compete in boxing again. To say goodbye to boxing and not fight again.”

Despite him cutting his boxing career short, Hafthor Björnsson reveals that he is happy with what he accomplished in the past 2.5 years. He proved the naysayers wrong and made some people proud. However, Hafthor never had love for boxing, which means that the only thing that pushed him forward was his discipline.

“I have a lot of respect for the sport, because I know how much work goes into boxing. Just the passion isn’t there and I’m not getting any younger.”

Hafthór Björnsson’s Attempt to Break The Weight Over Bar Record

However, Hafthor Björnsson is still passionate about lifting weights, so he decided to focus on that once again. Hafthor Bjornsson already holds a number of World Records in Strongman, but he is coming back to further improve one of them. That will be the Weight Over Bar World Record. Hafthor will attempt to do this on October 27th at the 2022 Rogue Invitational. The current World Record with a weight of 25 kilograms (55.1 pounds) stands at 20-foot and 2-inches. Hafthor Björnsson set this record in 2019 at the Arnold Strongman Classic, but he will now attempt to throw the same weight over a higher bar.

“I was hoping that someone would break it, but no one was able to. So, I think it’s about time that I break this World Record and then who knows, maybe I have to come back to Strongman and break my deadlift World Record.”

During the past few weeks, Hafthor Björnsson has been quietly preparing for this World Record attempt, and he has taken it seriously in order to do well. In addition, he has some more announcements to make, but he will make them when the time is right.

As his Strongman resume suggests, Hafthor Björnsson’s best fit is strength sports. Thus, the taste of setting a new World Record might lure Hafthor fully back into the sport. He has already won the World’s Strongest Man contest in 2018, but his presence in the competition could shake up the current standings. It is unfortunate that Hafthor won’t be boxing anymore, but he will continue to push his limits.