The four-time Mr. Olympia is lean but says his transformation goal is to be fuller:' I'm doing this to look my best' 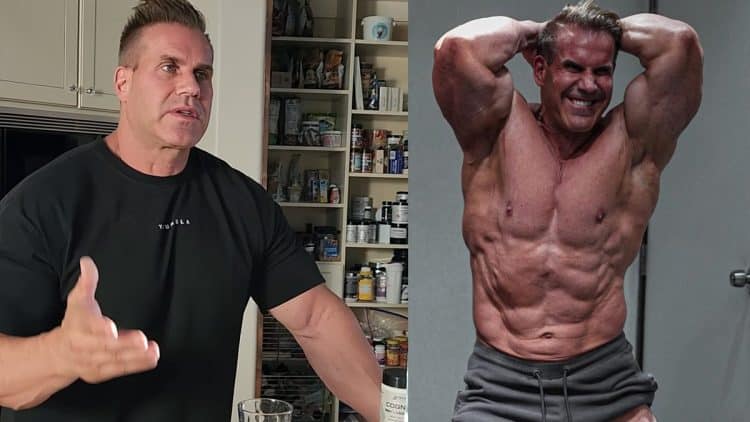 Bodybuilding icon Jay Cutler turned heads following a ripped lean physique update at age 49, which ignited rumors about a return to Masters Olympia. However, in a recent video, Cutler shut those rumors down and revealed that he’s undergoing a body transformation to look his best nearly 10 years after retiring.

During his tenure, Cutler reached the top of the sport after dethroning Mr. Olympia kingpin Ronnie Coleman in 2006. In order to topple the dominant champion, Cutler remembered having to separate himself from society and go to a ‘dark place’ to match Coleman’s work ethic. To this day, their rivalry is regarded as one of the greatest the sport has seen.

In 2008, Cutler dropped his title to Dexter Jackson. A year later (2009), he became the only Mr. Olympia winner to regain the title he lost when he outworked Jackson and Branch Warren. He won his final Sandow trophy in 2010 for a career total of four. While he returned to the Olympia stage in 2011 and 2013, he was unable to recapture the crown.

Nearly a decade has passed since competing, yet Cutler doesn’t appear to be slowing down. In addition to shaping upcoming talent, he routinely shares his training sessions and reflects on the obstacles that were ever-present throughout his decorated career.

One of his latest workout collaborations saw him joined by popular fitness influencer ‘Lexx Little.’ Little did Jay know that his brief posing session with Lexx would take the internet by storm.

In the latest JayWalking video, Culter shared that he’s not entertaining a comeback to competitive bodybuilding.

Well, those pictures are floating on the internet right now from when I was in Venice and they’re starting to say, ‘oh Jay is coming back for the Masters.’ We need to squash it. Is that where it is [Romania]?” says Jay Cutler.

There was speculation that Cutler might return to the sport following the recent physique update. Olympia President Jake Wood has hinted at a Masters Olympia return in 2023, but it remains uncertain if the show will in fact come back. In spite of that possibility, Cutler doesn’t appear interested in competing again.

“Jake is having it right? Tim Garner must run it. It sounds about right. Jake would do something like that,” Cutler said. “Drop the picture — of me posing with Lexx Little who’s a pretty popular influencer. So we did a video together. He conned me into going to the posing room.

You know me, I don’t pose. I don’t want to say conned, but he asked me, and I said, ‘you know what, I’ll go in there.’ I didn’t realize it would go so viral. Now it’s floating everywhere,” Cutler said.

Cutler explained that his current goal is to get in the best shape possible since retiring in 2013.

According to the bodybuilding legend, his body transformation was planned and he’s taking on this challenge to ‘look his best.’

“I had planned to start [my transformation] around the first, which means when we go to LA for the Fit Expo and all that — the second week of January, I’ll already be in the mix of it. The training is on point. You know I really don’t miss a lot of training. I trained when I was in Wisconsin.”

“I’m doing this body transformation challenge just to try to look my best. That means leaner and… I don’t know what my physique is going to look like to be honest. Like right now, I’m really lean but I could tighten up a few areas. I want to get a little fuller. I don’t know if that necessarily means bigger or bigger on a scale, but that’s kind of the goal.”

Cutler bluntly stated that he’s not going on a competition stage but will consider guest-posing appearances in the future.

“I’m not going on a competition stage, but you know what I would like, if I felt confident enough, if my body actually came around enough, I would actually consider maybe like posing.

Like, taking off, you know I don’t know if I’d actually guest pose, like I’m a featured guest poser, but I host four events myself. I’m still getting a ton of requests to come out and pop into events. So, it could be a possibility.”

He’s stopped competing, but Cutler’s training sessions would make you think otherwise. He’s constantly pushing himself and showed as much recently with a demanding high-volume leg workout that included over 30 sets of strenuous exercises. In retirement, Jay equates his training to meditation.

Unfortunately, it doesn’t look like Cutler will be competing at the 2023 Masters Olympia if it returns. Despite that fact, the four-time Mr. Olympia winner has maintained an incredible physique for nearly a decade since his last bodybuilding contest.

Find the full video below: