Hunter Henderson becomes only the fourth woman in powerlifting to squat 300 kg or more with wraps. 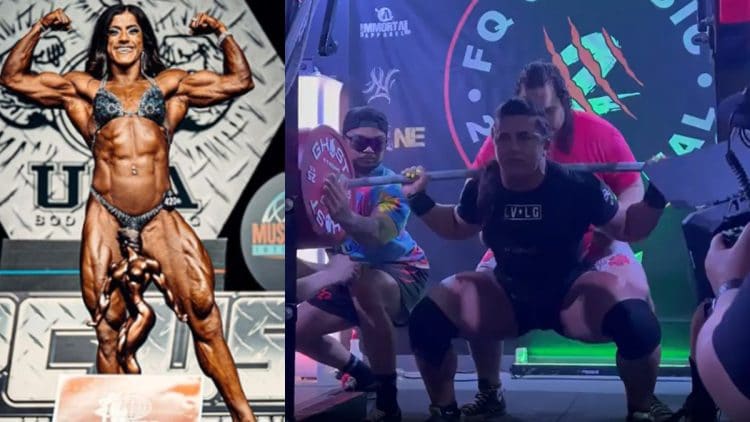 Hunter Henderson has a history of impressing everyone with massive lifts on multiple occasions. She is mostly known for her squat prowess, having claimed both the raw and wrapped World Records in the past. However, Hunter displayed her greatest lifetime squat performance at the 2022 WRPF FQ Classic 2, which took place on May 1st, in Las Vegas, Nevada. She competed in the 82.5 kg weight class and was the only female athlete in the raw w/wraps division.

Hunter Henderson destroyed the All-Time Squat (raw with wraps) World Record by lifting 305 kg (672.4 lbs), which is 10 kg (22 lbs) heavier than the previous record. Chakera Ingram was the old squat record holder, as she set it at the 2019 USA-UA Boss of Bosses 6. Hunter Henderson is also the fourth woman to squat at least 300 kg (661.4 lbs) in a powerlifting competition across all weight classes. Her squat is not considered raw, as she used knee wraps to aid her in the lift.

Hunter Henderson weighed in at 82.4 kg (181.6 lbs), meaning she was just under her weight class limit. She only failed one of her attempts on the bench, but all of her squats and deadlifts were successful. Hunter also scored the All-Time Second-Heaviest Heavier Raw W/Wraps Total in the 82.5 kg weight class.

Courtesy of Alpowerliftingtv YouTube channel, you can watch all of her lifts here:

The 2022 WRPF FQ Classic 2 was Hunter Henderson’s eighth participation in a sanctioned powerlifting competition. Furthermore, she managed to win all eight of them. Hunter is also a professional bodybuilder, having won her IFBB Pro Card on July 31st, 2021, at the National Physique Committee’s (NPC) USA Championship. It was Henderson’s second appearance at a bodybuilding show, as previously, she competed in the 2021 NPC Duel of the Champions in Omaha. Moreover, her best pro bodybuilding result was second at the 2021 IFBB Tampa Pro.

The transition from powerlifting to bodybuilding is not unusual, as Ronnie Coleman, Johnnie Jackson, Bev Francis, and Marianna Gasparyan all took the same route. However, Hunter Henderson is still focusing on powerlifting and her balance between the two sports is impeccable, as she is able to cut down to her weight class while staying in her peak shape.

Hunter Henderson is just 27-years-old currently, so her prime years are just beginning. However, Hunter is already one of the greatest and most dominant athletes in the world, and her new squat record is the highlight of her young career.  Hunter Henderson is a rare breed of athlete who has shown great success in both powerlifting and bodybuilding during her career.