Hunter Labrada reflects on his latest Olympia showing: I Will Never Forget 'That Fuc**ng Feeling' Of Not Being in The First Call-Out' at 2022 Mr. Olympia 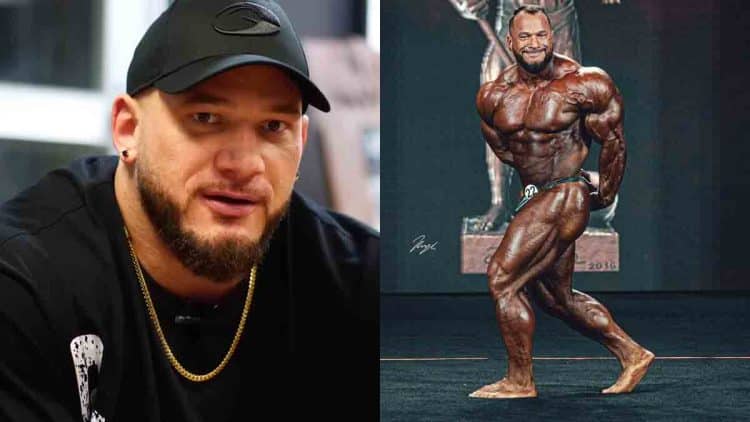 Hunter Labrada issued a statement regarding his seventh-place finish at 2022 Mr. Olympia a few weeks ago. In a video published on Jan. 9, 2023, a disappointed Labrada shared his thoughts on the recent performance and confirmed he will compete at two shows this year while attempting to earn a 2023 Olympia qualification.

“That was one of the biggest shocks I’d ever endured in my life, and it was in front of God knows how many thousands of people,” Hunter Labrada said.

In 2021, Hunter Labrada backed up the family name after earning gold at the Chicago Pro. Months later, he performed at his second Mr. Olympia contest and left in fourth place. At the event, he managed to defeat Nick Walker, who earned fifth. The two were on a collision course for much of 2022, promising to face each other at 100 percent.

Last month, the 2022 Mr. Olympia contest ended with plenty of surprises. One of which was Hunter Labrada’s performance, which ultimately garnered a seventh-place finish. He was unable to make the first call-out, whereas Nick Walker eventually finished third and nabbed the Olympia People’s Champ Award.

Earlier this week, Hunter’s coach Ben Chow appeared on Bro Chat to clear the air on what went wrong at 2022 Olympia. According to Chow, errors were made by the team during two critical stages: the prep and the peak. Chow believes Labrada came in too flat and sacrificed fullness. Now Labrada is recapping the 2022 Olympia show and sharing his opinion on what went wrong.

‘Shocked’ Hunter Labrada Recaps 2022 Olympia: ‘I Need To Figure My Peak Out’

“I have been off social media. I haven’t been shooting YouTube video. I have been seeing my family and friends and keeping to myself because it shouldn’t come as a surprise to any of y’all by now, but I did not do what I was planning on doing at the Olympia this year. This is going to be the first time I kind of unpack that.”

Similar to Ben Chow’s assessment, Hunter believes he and his team need to figure out how to peak properly. He added that his team have ‘a very good idea’ of what went wrong in the final days before Olympia.

Since Labrada was unable to secure a top-five spot at 2022 Olympia, he’ll have to earn a 2023 qualification by winning a pro show. Looking ahead, Hunter Labrada confirmed his plan is to compete at two shows this year before attempting another Olympia contest.

“Placing seventh… sliding to fourth, I am no longer qualified for the Olympia this year so I will actually be competing in not one but two shows for sure outside of the Olympia this year. Regardless, if I win the first one, which I am going to do. The fact of the matter is I need to figure my peak out. We have a very good idea of where we went wrong in those final five days.”

“I’m really confident heading into this year. In addition to that confidence heading into this year, I’m fucking pissed off man. I put this timer up in my gym and worked every day for 342 days from last year’s Olympia to this Olympia — I came up short. Plain and simple, I came up short of what I wanted to do. At the end of the day, this is something I’ve always really preached throughout my preps, is keep your peace of mind,” Hunter Labrada explained.

Reflecting on the outcome, Hunter said he’ll never forget the feeling of not having his name called in the first call-out at 2022 Olympia.

“How you respond to adversity is what really makes you. I will never forget that fucking feeling of that first callout being called and me not being in it. It was in front of God knows how many people. The day and age that we live in. People have their favorites, and they can hide behind keyboards.”

“It was one of the biggest shocks I’ve ever endured in my life and it was in front of thousands of people. Between that, I was not in a very good headspace post-Olympia,” says Labrada.

Most of all, Hunter is disappointed that he wasn’t able to live up to the expectations of the people around him.

“I went to the gym, my gym – Labrada Gym, the one you’ve seen me train out of and post all my shit out of for the past year… walking back in that room for the first time after Olympia didn’t go the way I wanted to — I fucking lost it. I was not okay about it.

Just thinking about everything I’ve done in that room for over a year. For it not to turn out the way I wanted it to, all the people are in the there, the biggest thing, is what the people expected around me. Not living up to the expectations of the people around me,” Hunter Labrada said.

He promised a ‘different’ Hunter Labrada in 2023.

“I’m going to show you a much different Hunter at the two pro shows I do, and at the Olympia, because I am going to qualify this year,” Labrada said.

The 2023 Olympia contest has been announced for the first week of November. Given the length/pace of the 2022 Olympia event, new qualification guidelines were revealed a few weeks ago. Unlike years prior, there will no longer be a point system.

While Hunter is disappointed in the outcome, he’s confident about the new season. Should he reveal which pro shows he’s competing at, Fitness Volt will keep you updated.