Sajad 'Iranian Hulk' Gharibi has found another opponent after his boxing match against Martyn Ford was canceled. 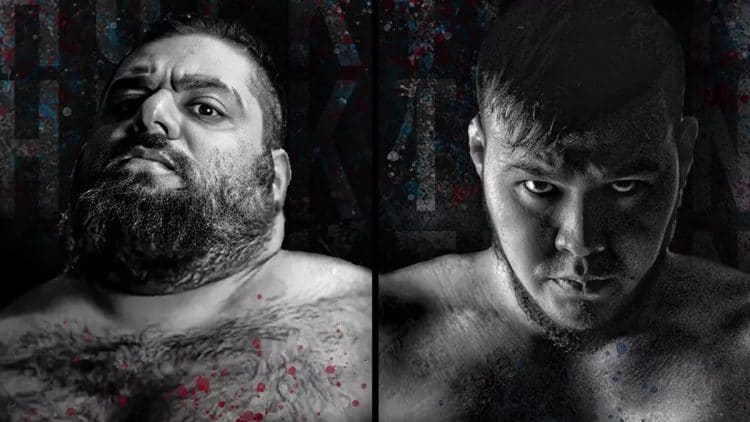 The announcement was made on Sajad Gharibi’s official Instagram account, as he posted a poster revealing the most important details. He further wrote in the caption that the “FIGHT IS ON”. Djumanov has significantly less fame, so his skills have not quite hit the public. However, it is respectable, to say the least, that Djumanov accepted the match on such short notice.

Related: Martyn Ford Revisits Iranian Hulk Drama in Dubai, Feared He Would Be Arrested for Confrontation

It was long expected that Martyn Ford vs Iranian Hulk would take place and become one of the heaviest boxing matches in history. A fight has been talked about between the two for quite some time, and this summer it seemed almost imminent. They managed to set up a face-off, but once they met in person, their attitudes changed. Martyn Ford and his representatives were not satisfied with Sajad Gharibi’s size and accused him of using photoshop in his pictures. Furthermore, many people involved in organizing the fight became worried about Sajad’s mental health. For those reasons, they decided to cancel the match.

Sajad Gharibi also faced some backlash in his country and even from his family. He explained that they considered his actions in the face-off as a disgrace and even started crying while making a guest appearance on TV.

Sajad Gharibi did not want to let all of his training go to waste, so he searched for a replacement. That just happened to be Djumanov Almat Bakhytovich. There is not too much data on Iranian Hulk and Kazakh Titan’s stats, but they will probably reveal them as the match gets closer.

Martyn Ford, on the other hand, seems close to agreeing to a fight, since he has multiple offers on the table. Most notably, Ford hopes to fight Hafthor Björnsson, but is open to other opponents as well.

We will finally see Sajad Gharibi step in the ring and there is a feeling that he has a lot to prove. Although the Iranian Hulk will be under a lot of pressure, there is a realistic chance that he will earn enough respect to schedule a fight with a mainstream star once again. Sajad has proved how powerful he is on multiple occasions, but this will be his final test.