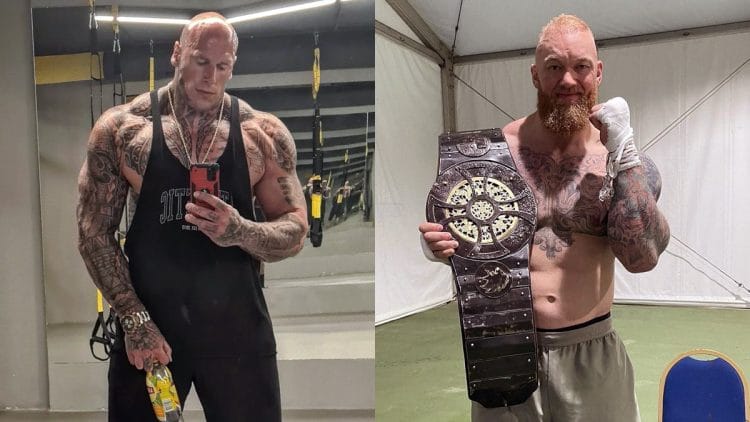 Hafthor Bjornsson has been getting called out from all directions in the past days. It seems like he has multiple potential opponents lined up. So it could be just a matter of who and when he will fight next. Tyson Fury recently called him out, to which Bjornsson responded. Furthermore, Martyn Ford has now come out with some information, which insinuates that he could be Hafthor’s next opponent.

There is definitely some tension between Hafthor Bjornsson and Martyn Ford, as the two men called out and responded to each other multiple times since Hafthor’s fight against Eddie Hall. Martyn Ford made it very clear that he was a supporter of Hall in that boxing match. So it is no surprise that he and Bjornsson now have some sort of resentment between them.

Immediately after Hafthor Bjornsson beat Eddie Hall, Martyn Ford came out with a statement that he would “take Thor 100 per cent”. Bjornsson responded, saying that he thinks he will “smash him (Ford)”. So, all that was left to do was make an agreement, but Ford now explains why it wasn’t that simple.

Martyn Ford On His Fight Against Hafthor Bjornsson

Martyn Ford joined Rob Moore on the ‘Disruptors Podcast’ to talk about many things, which included his fight against Hafthor Bjornsson. The podcast lasted almost two hours and Martyn talked about Hafthor just near the end.

“The Thor fight has been offered, but the problem with the Thor fight is that there are still issues with the fight between him and Eddie that need to be resolved. It’s just finances and bu****it… Thor wants it and I want it, so there’s potential there.”

So, with this statement, Martyn Ford confirms that his fight against Hafthor Bjornsson is not just a made-up story, but that it is being discussed between them. However, he did not specify the extent of Bjornsson and Hall’s issues, so it does not give us an insight into when the boxing match could happen.

You can watch the full podcast here:

Although both Martyn Ford and Hafthor Bjornsson have other potential opponents, they seem absolutely perfect for each other. They are both two humongous men standing at around 6-foot 9-inch tall, while the weight difference between them seems to not be significant. Both are covered in tattoos and look scary, so a brawl between them would be a pleasure to watch.

Martyn Ford was supposed to fight against the Iranian Hulk, but they canceled it as Ford and the organization considered that the Hulk was not mentally stable. Ever since that match was officially canceled, Ford has been trying hard to find a suitable opponent. He will also play a role in a movie soon, so it will be very hard to balance his acting and fighting careers. However, if the details for the Bjornsson fight get sorted, there is no doubt that Ford would accept it and work twice as hard to prepare.