The Persian Wolf Hadi Choopan wrote a message on Instagram expressing frustrations with his country of Iran. But there could be reason to believe he's retiring from bodybuilding. 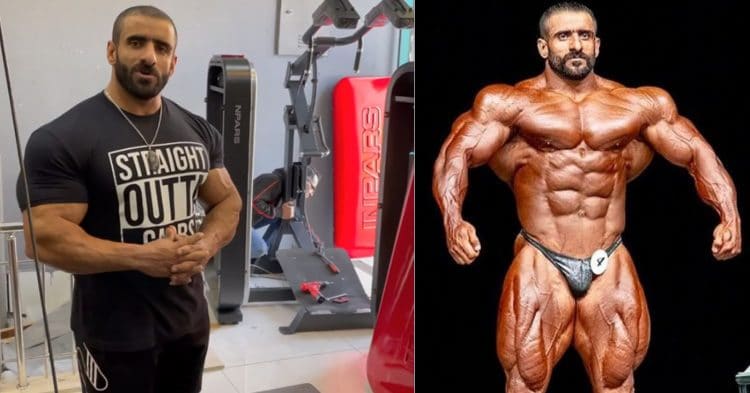 Hadi Choopan placed third in his debut at the 2019 Mr. Olympia contest and many believed he could have won the 2020 Olympia where he placed fourth. So why would someone with so much potential think about retiring from the sport so soon? While it’s not clear that this is the case, based on a recent Instagram post, many are wondering if it’s true. Choopan expressed his frustrations as a result of what he says is a lack of support and respect from his country of Iran. And in his own words, “I say goodbye to the sport of the country.”

Read his full message below…

Note: The following message was translated using a Microsoft translator and this may affect the accuracy of the text. Although, we did refer to other sources to confirm he meant what is written below.

“Greetings and thanks to the Lord of the Worlds and the oneness of eternity of worship.

God has given me so much strength and pride that I have fought and won in every field beyond myself, and I have offered victory to the border of my country.

And I am proud that I have not quantified anything, even though I have not been considered by any government or sporting organization, and no steps have been made or paid for by me.

I love my country.
Today, with all my honors, I saw no lens in the history and honors of my country and I have no respect in the form of my border.
With respect to the clean soil of my homeland and respect for all the clean people of my country, I say goodbye to the sport of the country and continue the way and I ask the people for solubility and I hope to the Great Lord Hadi love shepherds for my homeland and remove the flag of my homeland in all fields of the world.
The hope of health and happiness of my whole land
Or 🤚 right.”

Does this mean he’s retiring from bodybuilding? Well, not necessarily. As many have pointed out, the message could mean he’s leaving Iran to train somewhere else, like the US possibly, where he’d be with coach Hany Rambod.

Related: Hany Rambod Details Hadi Choopan’s Insane Journey To Get To 2020 Mr. Olympia: ‘It Was Like A Movie’

As of right, now, we don’t know for sure but we can only make a guess and say he’s not retiring from bodybuilding. Plus, it just wouldn’t make sense as he’s already begun his prep for the 2021 Olympia.