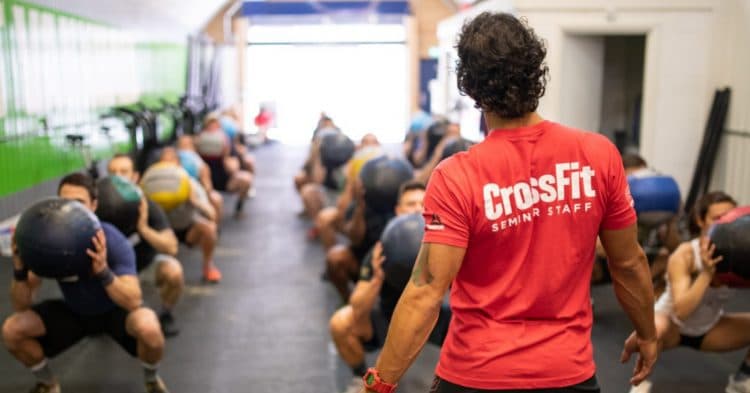 From an executive standpoint, CrossFit as a brand has been going through significant changes. This continued, with the recent announcement that former Nike executive and Jason Dunlop has been named the president of the organization.

Having served as a former Chief Operations Officer for Starbucks and former Vice President and General Manager of Nike, Dunlop has a ton of experience leading in multimillion dollar corporations. According to a press release from HQ, he will now be adding the role of CrossFit President to his resume.

According to this press notice, Jason will be working alongside CEO Eric Roza, in order to help further CrossFit’s global reach, among other things. Considering the fact that he is known for helping to expand Nike into European and Middle Eastern markets, this is an easily attainable goal for him.

“I’m thrilled to welcome Jason as my partner in leading CrossFit towards our goal of transforming 100 million lives,” said Eric Roza.

“Jason’s expertise leading the hypergrowth of some of the world’s leading brands across Europe, the Middle East, and Africa will be a powerful driver for achieving CrossFit’s mission.”

Jason Dunlap is the latest in a line of turnover at the top of CrossFit’s executive ranks. Of course, it all began with the ousting of former CEO and Owner Greg Glassman, following claims of various levels of harassment and prejudice.

This opened the door for Roza to step in and purchase the company, becoming the new CEO and Owner. Since then, he has made an effort to repair damages of previous leadership, while promising to reach into the global market to give equal representation to athletes around the globe.

It seems that the addition of Jason Dunlop is just the latest step in this process. He has experienced enough with the sports entity to recognize and appreciate the community spirt and togetherness that CrossFit offers.

“Through its passionate community and proven ability to transform lives, CrossFit has come a long way from its humble roots, but it has barely begun to tap its unlimited global potential,” said Dunlop.

“I am confident that we can build CrossFit into an iconic worldwide brand on par with Nike and Starbucks, and I am as excited today to join the CrossFit community as I was five years ago when I first walked into a CrossFit box and felt that sense of community, inclusivity, and mission.”

It will be interesting to see what direction Jason Dunlop and Eric Roza take CrossFit. So far, things have been looking up under this new leadership.