Jay Cutler weighs in on the death of Shawn Rhoden, and says that people are becoming scared of the sport 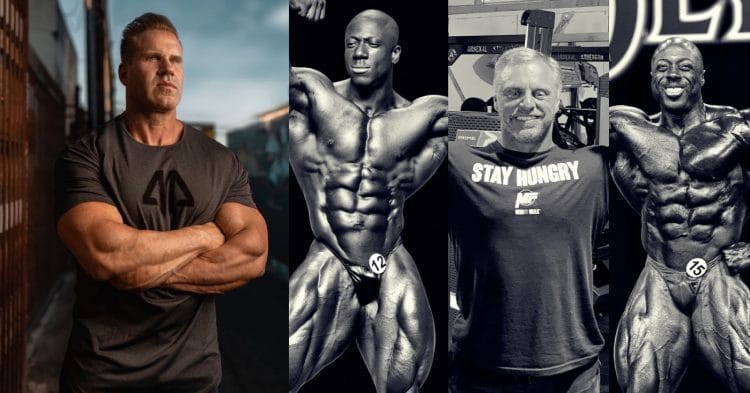 The sport of bodybuilding has been hit with a lot of hard times lately, with several athletes having passed away in recent months. Former Olympia champ Jay Cutler says that this is causing people to be afraid of the sport.

As a four-time winner of the Mr. Olympia, Cutler has reached the absolute pinnacle of the sport, and is one of the most successful athletes to compete. Even after his retirement, he has kept himself an active part of the sport, serving as an ambassador and helping athletes who are looking to enter the sport.

Knowing that, it only makes sense that he had some things to say about the recent deaths in the sport, namely former Olympia champ Shawn Rhoden, as well as George Peterson, and John Meadows, among many others. Speaking in a recent podcast, Jay gave his honest opinion about these situations, saying that the last few months have made people afraid that bodybuilding is a dangerous sport.

“I think people are just running scared at this point, think ‘Oh my gosh, bodybuilding is so dangerous.’ I think anything in life is, nutrition and whatever else, and we obviously push ourselves. I think our biggest fear now is, when you’re 290, 5-foot-9 or 10, you’re considered obese. So it puts a lot of strain on the heart. Although I felt pretty good at 290, I knew I couldn’t maintain that for a long time, hence I walked away at 40 years old,” Cutler said.

“I look back, when I first started bodybuilding, and I watched Lee Haney retire at 31, Dorian Yates retired at like 37, Lee Labrada stepped away, Shawn Ray stepped away early in their careers, their early thirties or whatever.

I just feel that this has transitioned to an older person’s game, which I don’t know if that’s the best thing for your health, to really be pushing yourself in your forties, to get in shape, up and down like a yo-yo, being depleted and being dehydrated to that extent…

“The truth is, when you start pushing limitations of your physique, it doesn’t matter what the age is, the amount of foods we eat is astronomical,” Cutler added.

The Legacy of Shawn Rhoden

Jay Cutler is someone who knew Shawn Rhoden fairly well, and was obviously heartbroken at the news of his death. While a lot of controversy has come from it in the last few days, it is important to remember that this was still a brother in iron who has fallen.

When discussing the legacy that Flexatron will be leaving behind, Jay made it clear that Shawn left his mark on the sport. He only wished that more people could have gotten to know the real him, instead of the shy version that they often saw.

“He was one of these guys that was always willing to shoot for JayTV, and always had something. He was like ‘If I say something, I want to say it on your channel.’ He wasn’t very vocal, but his legacy is going to live on. He left his mark in bodybuilding, and I’m going to miss him greatly,” Cutler said.

“I just wish more people got to know, the deep person he was. The fans even, on the outside, they view someone by what they read. As much as we want to protect what he left behind, and talk about the positive things, about what he was.

He meant so much to everyone, he would train with Stanimal every day, and Chris Aceto was his trainer, he was very loyal to him. The confidence was not arrogance, that’s the one thing about him, was he was so positive, and never really had a bad thing to say about anyone. I enjoyed his company.”

There have been a lot of tough times in the world of bodybuilding lately, and Jay Cutler brings up some interesting points about what the dangers are within the sport. It is also clear how much he will miss Shawn Rhoden.