The 4x Men's Physique Mr. Olympia champion shows what he does to get huge arms. 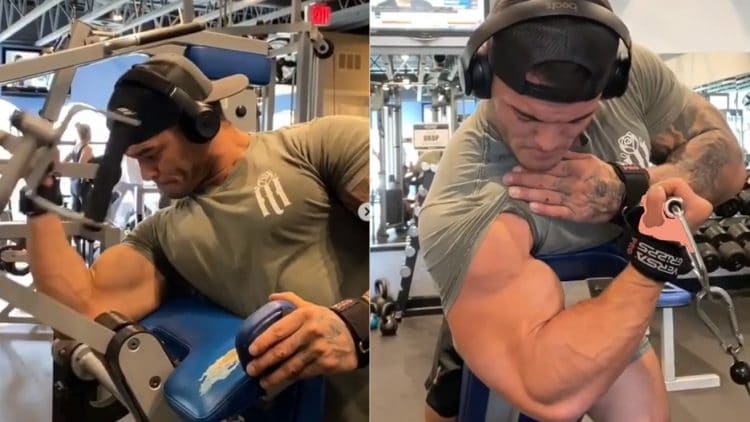 Jeremy Buendia is the greatest competitor the Men’s Physique division has ever seen despite losing his title in 2018, coming in 4th place after winning the contest in 2014, 2015, 2016, and 2017. But back in October, Buendia explained that he’s coming back in 2020 to reclaim his title following a not so great 2019 overall regarding his personal life and career.

Buendia had a back and forth with several competitors in the Open Division, and then was accused of physical abuse by a girlfriend of which he was dropped by Steel Supplements. Then, he got into a fight at an event where he was apparently knocked down before getting revenge. And in September, the former Physique champ found himself in a verbal altercation with Mike Rashid.

So it definitely wasn’t his best year but it seems Buendia has left all of that in the past and is moving on in preparation to make a comeback like a true champ.

Here’s a recent post where Buendia explained how anxiety got the best of him but he was able to overcome it.

Hopefully, Jeremy Buendia stays away from trouble as his return will definitely be exciting for fans seeing as he once ruled the Men’s Physique division for four years straight.