Joey Swoll on Gym Etiquette: “Either Be Respectful Of Others Or Don’t Film At The Gym”

Bodybuilder and Fitness influencer Joey Swoll is back on TikTok after calling out someone for recording at the gym. 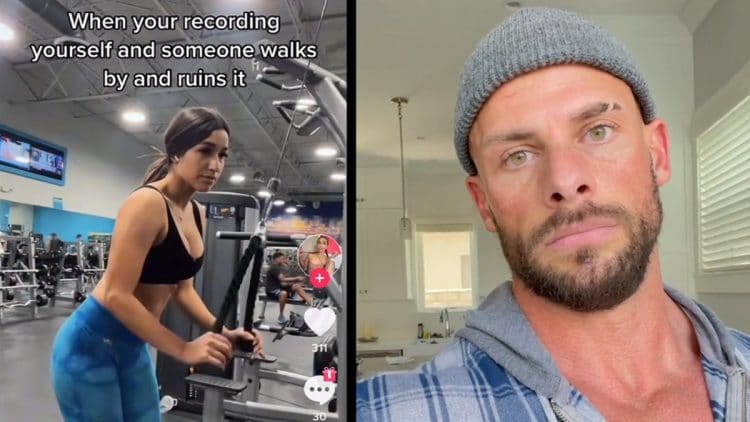 In his latest crusade against toxic gym culture, Joey Swoll is back with another viral TikTok video. Swoll took to the streaming platform recently and condemned a woman who was disrespectful after someone interrupted her video without realizing it.

With over 1.6 million followers on TikTok, Joey has steadily become a commanding voice in the fitness industry. Known for calling it as he sees it, his wide fanbase can appreciate his brutal honesty, especially when things go awry at any gym. Swoll has used his TikTok videos to educate fellow fitness influencers and is determined to correct poor gym behavior.

Last week, in a since-deleted video by the user, Swoll addresses a female TikToker who accused a man of doing ‘half ass reps’ while attempting to ego lift at the gym. After Joey got wind of what happened, he explained in a previous video that the man being wrongly mocked was practicing a useful technique to grow the biceps called ‘partials’. Swoll endorsed the exercise and described the movement as great for working out the delts and building mass.

Joey Swoll called out the woman who labeled the gym-goer a ‘cunt’. After the person interrupted the female TikToker’s video without realizing it, Swoll published a video addressing how the situation could have been handled with more class.

“You know, I’ve been seeing a lot of these videos pop up on TikTok but this one, absolutely disgusts me. The fact that you went in, and you specifically chose that audio to call this woman a C word while giving that look simply because minding her own business she walked through your set during the video and ruined it.

First off, having a lot of followers on social media doesn’t give you priority over other people in the gym. It’s a public space, it’s a shared space.

You should do the opposite. Be a leader. Be humble. If you’re going to film in a public gym, that’s fine. You should be respectful of other people. If you can’t do that, go film at a private gym. There’s tons of gyms all over the place for content only, go there. But until your name is on that gym, you should mind your own business. Be better than that.” Joey Swoll shared.

Either be respectful of others or don’t film at the gym. #MYOB #gymtok

The caption for the video reads: “When your recording yourself and someone walks by and ruins it”. Joey believes recording others at the gym is unwarranted and promotes a negative atmosphere when people are doing their best to better themselves. Recording others and making fun of them on TikTok has taken over the internet. However, Joey likes to speak up for those who choose not to and continues to address poor gym etiquette.

Swoll’s viral clip has accumulated a massive 2.5 million likes as he continues to push back against toxic gym culture. After a female TikToker called a fellow gym-goer a ‘cunt’, Joey believes it was uncalled for and suggests that she mind her business from here on out.