Bodybuilder and fitness influencer Joey Swoll wants people to stop recording others inside the gym. 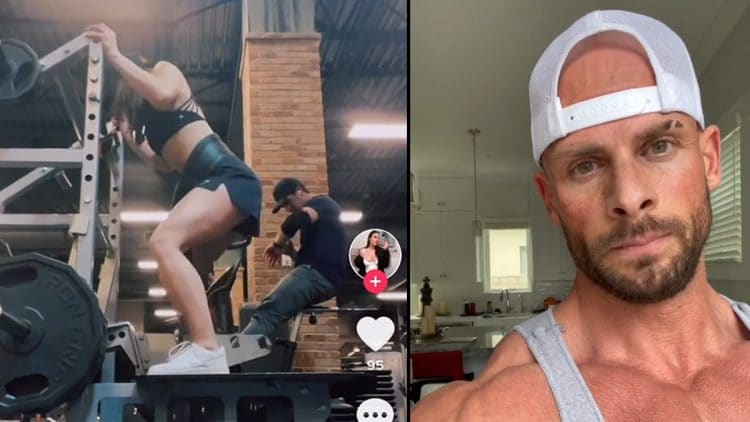 In light of the countless videos on TikTok that have gone viral for all of the wrong reasons, Joey Swoll believes it’s time for a change. Recently, Swoll took to his YouTube channel and discussed the problem with recording others while they are working out at the gym.

This week, Joey has made headlines after schooling another female TikToker who tried to shame a man for ‘ego lifting’. During the since-deleted video on TikTok, the female said the man was doing “half ass reps” before Swoll released a clip in response to the scrutiny. Joey explained that the man was doing ‘partials’ which are great movements for working out the delts and increasing mass.

It appears ‘toxic gym culture’ has become a pervasive issue as the popular bodybuilder sparred online with fellow TikTok star Nicki Fitness a few months ago. Similar to the woman featured in his latest TikTok feud, Nicki made fun of a man who was practicing drag curls. Little did she know (at the time), that drag curls are an effective technique for building biceps, which have been endorsed by respected bodybuilding coach, Charles Glass. Nicki Fitness apologized following her actions, though it seems the problem isn’t going anywhere, anytime soon.

Joey Swoll to People Recording at the Gym: “Be Better Than That”

Joey Swoll gave his two cents on the TikTok situation and underlined that ‘toxic gym culture’ is an overarching problem in fitness today.

“This man did nothing wrong. He’s at a public gym, minding his own business getting a great workout in and you decided to film him and make him look like a creep to get likes and attention on social media. You’re literally on a piece of equipment that’s only a few feet away in his peripheral and you made some noise and he looked at you for a millisecond.

He did nothing wrong. You want attention based off shaming him at the expense of women who are actually harassed and made to feel uncomfortable at gyms by creeps. Think about this, think about what you could of done to him.

He may have a wife, he may have kids, think about what this could have done to his reputation. My advice, is next time you see him, apologize to him, and put the headphones in, turn the music up and mind your own business. Be better than that.” Joey Swoll said in his video.

TikTok and fitness have been intertwined since the app’s inception. Sometimes these gym situations devolve into chaos, and other times they turn out to be near-harmless. One instance a few weeks ago showed a man being accused of checking out a woman during her workout. Despite her suspicions, an alternative camera angle surfaced which showed the man simply watching TV. Things aren’t always what they appear to be, and one camera angle or short video isn’t always enough to condemn gym-goers for what people think is creepy behavior.

Joey focuses on educating his audience on TikTok and his fitness expertise is a big reason why he attracts such a massive fanbase. With 1.4 million likes, the viral video is Joey’s latest attempt to combat toxic gym culture online, which has become far too common.