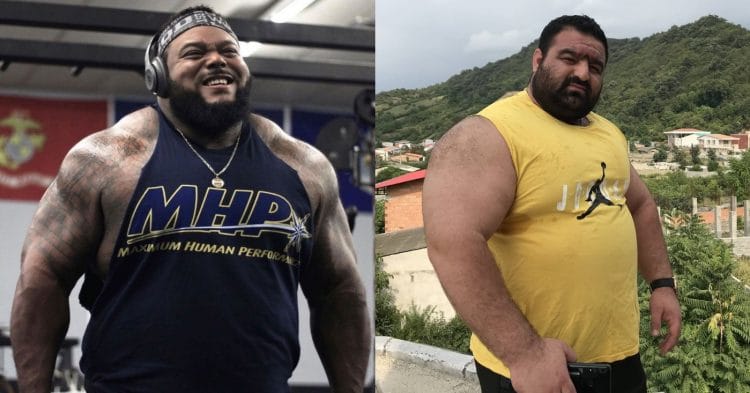 It is impossible to deny that Julius Maddox and Danial Zamani are the two best bench pressers the world has ever seen. Now it appears that the two will face off in a battle of the bench, early next year.

There has already been an unofficial bench press battle of sorts, going on between Maddox and Zamani for some time. Julius currently holds the world record for raw bench at 782lb, with an attempt at 800lb set for later this month, while Danial has been putting up some numbers close to that in training.

Now it seems they will each have the chance to prove who is the best bench presser in the world, once and for all. An Instagram post from CT Fletcher revealed that he is arranging for both men to attend his event, Iron Wars V, set to take place on January 24th, where they would. compete in a head-to-head battle on the bench, for the first time.

“THE STAGE IS SET!
FOR THE GREATEST BENCH BATTLE IN MODERN HISTORY!” Fletcher wrote.

“I’VE RECEIVED VERBAL CONFIRMATION FROM BOTH JULIUS MADDOX @irregular_strength THE UNDISPUTED KING 👑 OF THE BENCH AND REINING WORLD RECORD HOLDER
AND THE IRANIAN 🇮🇷 SUPERMAN HIMSELF @danialzamani1 THE NO.1 CHALLENGER TO THE CROWN 👑
HAVE BOTH AGREED TO FACE EACH OTHER ON THE GREATEST PROVING GROUND ON THE PLANET 🌎
IRON WARS V
I’M SUPER EXCITED TO BE THERE TO HOST AND WITNESS HISTORY!”

As of right now, Julius Maddox is still set to attempt an 800lb bench press world record at the end of August, though his chances of succeeding have been in question since he failed a 790lb attempt a few weeks out. That being said, if he is successful, the Iron Wars V will give him a chance to shoot even further, and if not, this gives him another chance to reach this elusive goal.

As for Danial Zamani, he has not hit any records in the competition, but the 29-year old has been pushing his numbers higher and higher, with each bench press session. Here he is in a recent session, benching just 2.5kg shy of the record that Julius currently holds.

Julius Maddox has gone on record to say that Danial Zamani is a real threat to his world record, and that he relishes the opportunity for a competitor to push him. It is going to be exciting to see them go head to head, if they do end up facing off at the beginning of the year.

Fitness and Fat Loss: How Much Cardio is Too Much?