Kai Greene speaks on how his time living in an institutional facility created the man he is today. 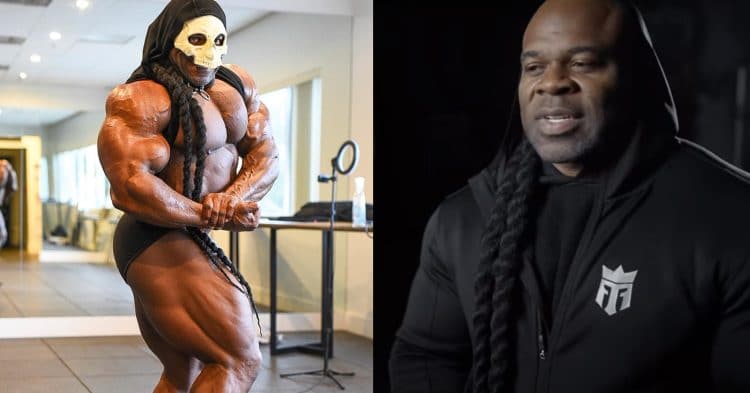 Kai Greene may have experienced a difficult childhood but accredits those same struggles to his success today. Recently, “The Predator” shared a video on his YouTube page and his backstory is an inspiration given the struggles he faced as a child.

Despite taking a step away from active competition, it’s clear Kai Greene still intends to train diligently as his physique updates on social media suggest. During his time in the sport, Greene managed to win the Arnold Classic title a total of three times. The road was an arduous one, and Greene is adamant that bodybuilding and working out truly reshaped his life.

Kai Greene believes the discipline he was taught through exercise has only helped him during his life journey. With the insurmountable hardships he went through as a child, the fact that Greene has accomplished what he has, and done so with a positive attitude, is a victory in and of itself.

The bodybuilding icon shared an inspirational video on his YouTube channel and doesn’t mince his words: exercise and working out saved his life.

“I was removed from my home as a child by the police and detectives and caseworkers. It was a lot of feelings of despair I think at that time. While living in an institutional facility I was fortunate enough to cross paths with some very amazing people. They just thought, ‘hey you know, will you help to get this kid to develop his discipline? Maybe he has a chance at saving his own life.’ They encouraged me to exercise, to workout, and that turned into a very monumental experience in my life that would shape the course of my life forever.” Kai Greene revealed.

With a five-foot-eight-inch frame, the build of Kai Greene is remarkable. During Greene’s bodybuilding career, he secured the runner-up placement at Mr. Olympia in 2012, 2013, and 2014. Of course, Greene would suffer defeat at the hands of the seven-time Mr. Olympia champion Phil Heath. While some believe Greene should have won one of those aforementioned shows, it appears Greene is sleeping just fine at night with his three Arnold Classic titles.

RELATED: Kai Greene Has Crazy Back and Conditioning Workout With Blessing Awodibu

The struggles of Kai Greene’s childhood played a positive role on his development in athletics. Greene recalls his mom being arrested which led to the realization, that no one, nor a knight in shining armor would be coming to rescue him, so he had to become his own superhero.

“The idea of creating your own superhero — it sounds very common place and cliche right now, oh yeah that’s a bright idea, but the truth is, that’s exactly what happened. I remember being a little boy in a police precinct when my mom got arrested and there was nobody that was going to come and get us. There was no knight in shining armor that was going to come and correct anything about this situation. So King Kai was the little boy’s answer to the nightmare.” Kai said.

Watch the Inspirational story of Kai Greene below:

With vivid childhood memories that forced Kai Greene to evolve as a person, the bodybuilder is thankful that he answered his own prayers as a young boy. Kai Greene’s video detailing his childhood struggles will no doubt bring inspiration to fans and frankly anyone who has suffered from similar circumstances.