Kali Muscle Warns Competitive Bodybuilders: “All You Are Is a F**king Test Dummy” 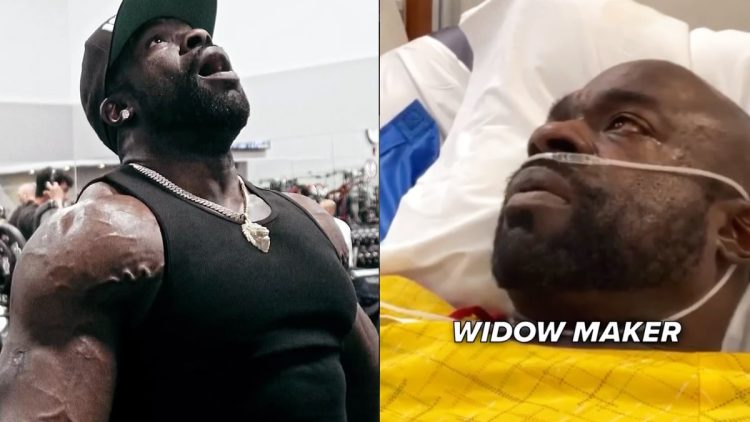 Fitness influencer Kali Muscle, real name Chuck Kirkendall, has long moved on from his ambitions of making it as a bodybuilder. In a recent video, Kali Muscle talked about the downfalls of taking steroids and argued against competing in bodybuilding shows.

Kali Muscle first gained recognition for his ripped physique on social media. His life story from serving time in prison to becoming a fitness influencer surely inspired many. What sets Kali apart from others is his over-the-top personality combined with a budding frame. He even had a brief stint on the big screen when he took his talents to Hollywood. He was featured in Wonder Woman (2011), and The Dog Who Saved The Holidays.

In his journey toward becoming a mass monster, Kali hit a serious bump on the road. He was hospitalized after suffering a heart attack due to his left artery being 100% clogged. Although Kali was fortunate to get past the issue, he has become a major advocate for spreading awareness about the dangers of bodybuilding.

2018 Mr. Olympia Shawn Rhoden passed away from heart complications around the same time Kali had heart issues. Standout IFBB Pro and 2017 Arnold Classic winner Cedric McMillan also passed away in April at the age of 46, which led the community to take a look at the troubling situation and how steroids affect the sport.

Kali Muscle advises followers to stay away from bodybuilding competitions

In a recent video uploaded on his YouTube account, Kali Muscle preached against bodybuilding competitions and encouraged his followers to take care of their health first and foremost.

“Health is wealth, man. Everybody out here, most of you all want to be jacked, swole, buff, that’s cool but make it realistic. Stay as natural as possible, eat as healthy as possible. In all books of wisdom, a wise man learned from other’s mistakes. I didn’t have nobody to learn from.

I seen bodybuilders, workout people die young, whatever but if you don’t know them personally, if you don’t get to talk to them, it’s like a fairytale work, right? It’s like a fable or something.”

Muscle believes that looking up to bodybuilders might be misleading as they may look good but are not always healthy.

“F competing in bodybuilding competitions because all you are is a f**king test dummy. I’m here to tell you because you want to get so big you see, ‘oh they look so good.’ All of them are unhealthy bro.”

Kali Muscle had previously talked about the ‘raw truth’ of using steroids to achieve a certain look on stage. He claimed that steroid ‘stacks’ have more of an influence on a bodybuilder rather than working out and eating right.